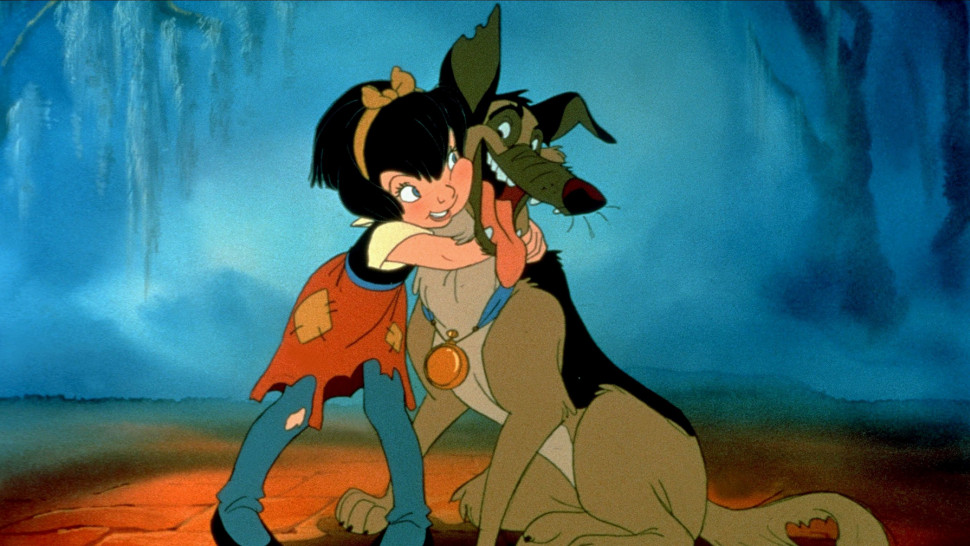 I really need to stop revisiting Don Bluth movies, because they definitively do not stand up.  Bluth left Disney when it was in its decline and started his own animation studio, as did several other ex-employees, like Tim Burton, John Lasseter, and Brad Bird.  Disney would rebound and eventually go through its Renaissance in the 90s, but for a time they were in direct competition with Bluth’s films, and those are the ones I need to stop watching.  As a kid they were some of my favorites: The Secret of NIMH, American Tail, Land Before Time, All Dogs Go to Heaven, and Rock-A-Doodle, later Thumbelina, A Troll in Central Park, Anastasia, and Titan A.E.  But when I revisit them now, Land Before Time being the exception, I’m quite disappointed, because they lack the magic, the music, and the monumental charm that I expected to find.

Charlie is a dog on the run, after he and his pal Itchy break out of the pound.  They return to Charlie’s gambling joint in New Orleans only to find it changed; Charlie’s business partner Carface has been mismanaging the bar and cheating the customers in his absence.  Now that the mutt is back, Carface doesn’t want to to start splitting profits again, so he has Charlie whacked.  Little known fact; all K-9 go to heaven, because they are such good dogs, but Charlie isn’t ready for his stroll down gilded streets just quite yet.  He wants revenge, and, when he returns to Earth, he discovers that he still yearns for riches and worships the all-mighty dollar.  With the help of a little girl named Anne-Marie, who can talk to animals, Charlie makes his fortune easily, but when Carface finds out he’s back from the dead his life won’t be very long, although the lessons he learns in the meanwhile might just be worth their weight in gold.

I remember why I loved this movie as a kid; dogs are awesome.  And then you animate them and that just makes them better, so it’s a win-win situation.  Why I could partially enjoy it now is due to Anne-Marie, who is an adorable character beyond compare.  BUT her cute voice can’t ultimately compete with the other, much crappier parts of the film, which become so overwhelming so fast that you quickly give up.  Burt Reynolds is awful, especially when he tries to sing, and none of the music is strong enough anyway, even for the best vocalists.  DeLuise is funny I guess, but the rest of the cast is sparse, and the whole pacing & production & plot of the movie simply seems weak, maybe not in comparison to Disney’s missteps, but definitely when held up against what we know they would go on to do.  Bluth features just don’t stand the test of time as well as you would hope, even my kids don’t love them, and so maybe it’s best if we leave them in the past where we found them.