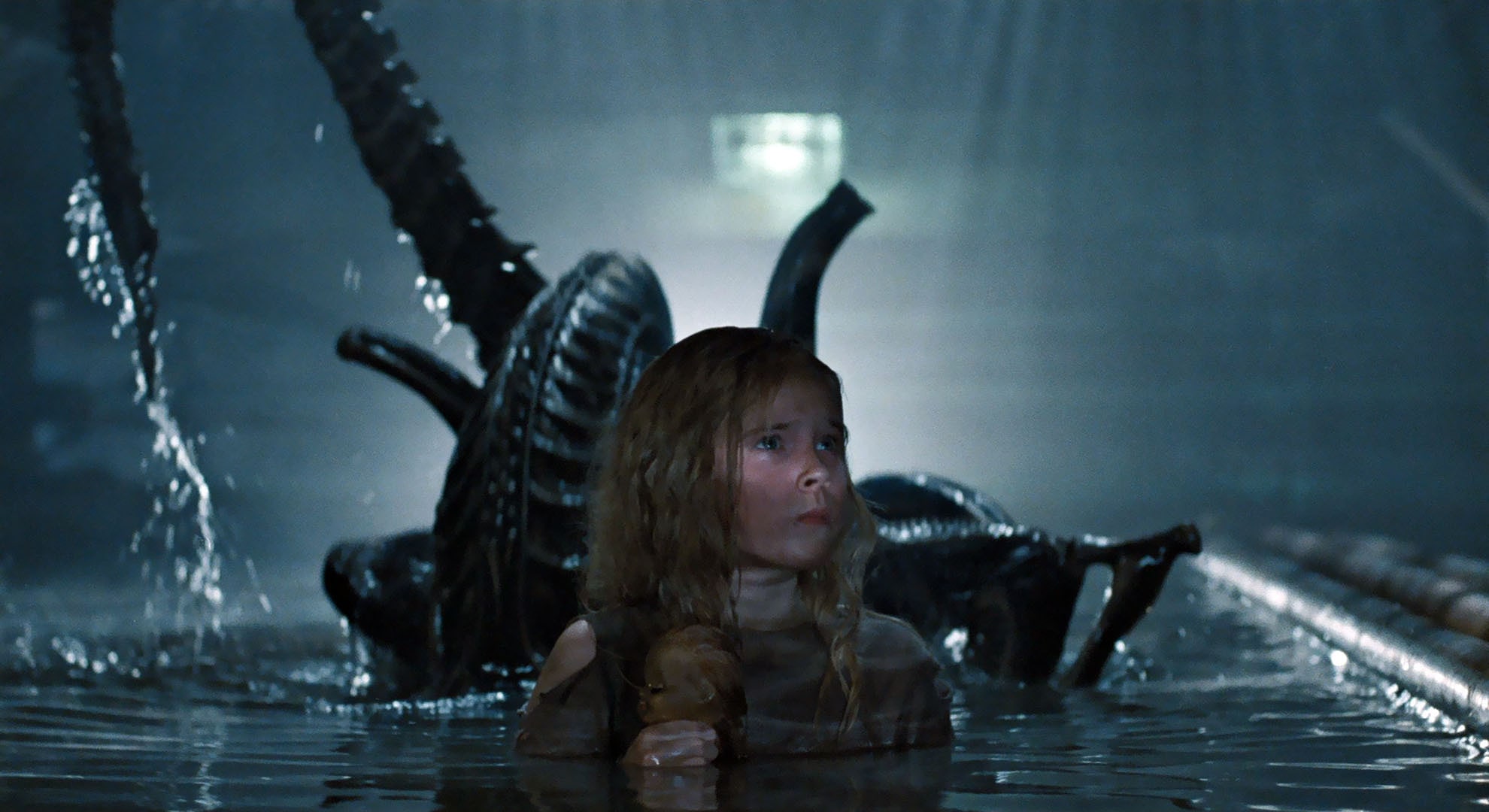 Seven years after Alien and two years after Terminator, James Cameron combined the two, starting and progressing and improving a franchise that is still going strong today.  Cameron has always been known for his own, unique sense of cinema, using technology that seems ahead of its time, dazzling audiences with what looks to be impossible.  And he brought his A-game for Aliens, taking a base horror story and fleshing it out, making it both more personal and more aggressive, crafting a film that, like its predecessor in a very important way, had the ability to reach out across the genres, grab them in its claws, and eat them for breakfast.  Aliens is one of the coolest movies ever made, an exciting continuation of a war between imperfect humans and their perfectly evolved opponents, an American icon that demands that you take notice.

Having survived the disaster aboard the Nostromo, Ripley is rescued from her emergency space pod only to be told that all her efforts have been in vain.  Not only have many years passed as she drifted through space, but humans have begun colonizing the planet she “just” fled.  Things go from bad to worse when Ripley and her rescuers lose contact with the colony, alerting them to the fact that the evil there might be fully awake.  So a team of Marines is sent to investigate, Ripley going along as a consultant, a company man named Burke there to make sure that financial interests are protected.  This crew has a ton of firepower, but there will be more than one alien to contend with this time, and each man will be lucky to leave the planet alive.

This is my personal favorite in the series.  I’m not sure how else to explain it, Aliens is just so kick-ass.  The weapons, the strategies, the insurmountable odds, the Marine banter, the spooky colony, the knowledge that death is present in a super-concentrated form.  And there’s always the backstory, always the first film and Ripley’s experience to keep the movie grounded when it could turn into Terminator: Alien Edition.  There are definitely many similarities between the two films, and Cameron’s heavy hand is felt throughout, but it works to perfection, at least with this film anyway, conveying great horror and cool action in surprising harmony.  I can’t forget to mention the performances that really elevate the film: Lance Henricksen as the synthetic Bishop, Paul Reiser as the sneaky Burke, Bill Paxton as the lovable moron Hudson.  They take this movie from 4- to 5-stars, making it one of the best we’ll ever have to pleasure to watch.