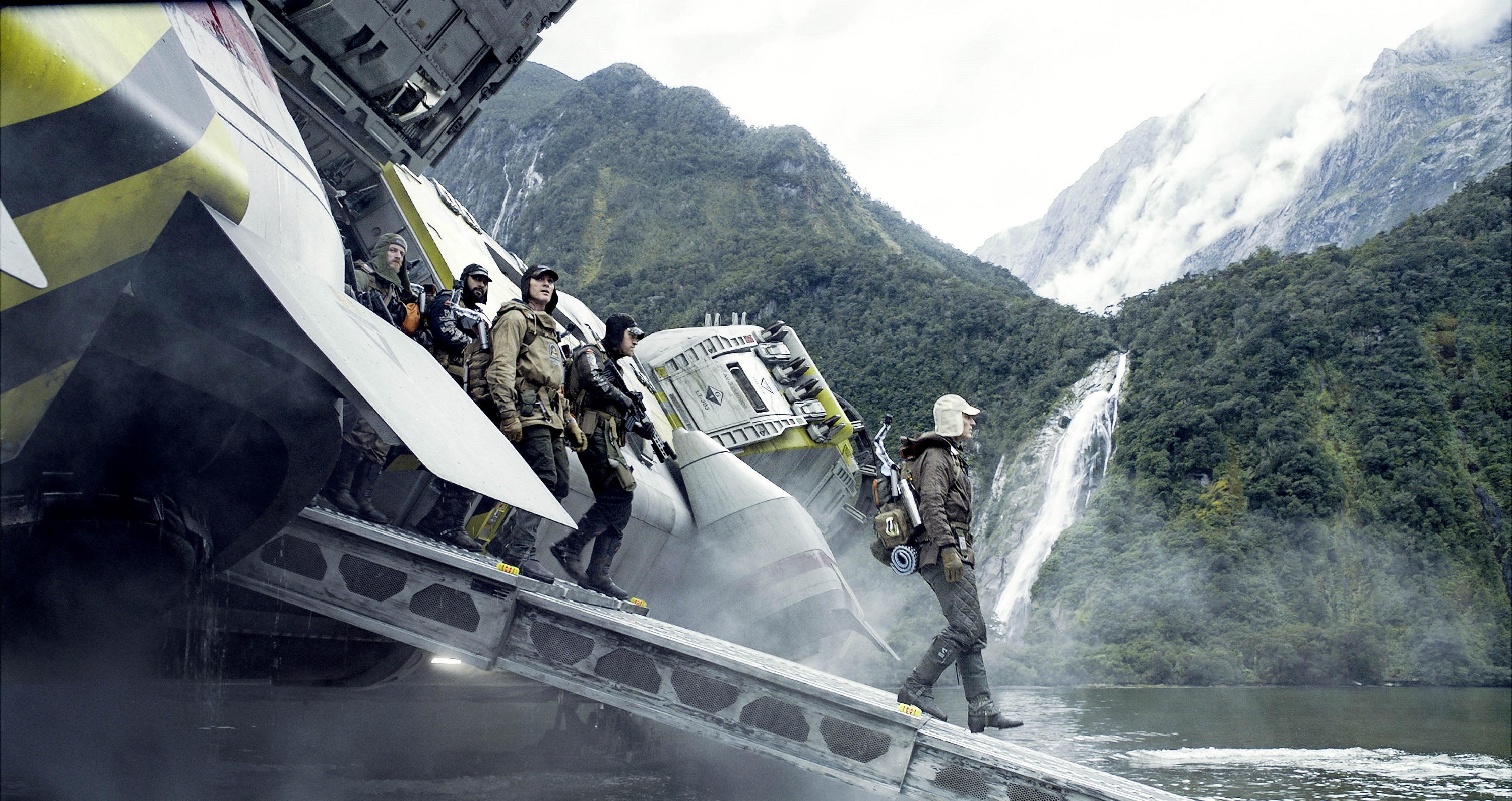 Ridley Scott returns to the Alien Universe with Covenant, the second prequel to the previous line of franchise films.  Alien, Aliens, Alien 3, Prometheus: this is the must-watch canon for fans of the series, with this fifth piece of the puzzle coming as a delight to all those who have followed the story over all these years.  Alien is a horror film, Aliens is an action flick, Alien 3 is a bit of a dark turn, Prometheus is pure sci-fi, and Covenant is a basically a sample from every movie rolled into a two-hour thrill ride.  I find no issue with that, blend as many genres together as you can, make this a film for a wide audience, not just those who know the xenomorph types by heart.  My problem with Scott’s newest addition is that it fails to progress the plot in a satisfying direction.  We move one step closer to understanding how the madness all began, sure, but only by means of a complete cop out, and that is not what I came to see.

The colony ship Covenant travels toward a distant habitable planet in order to terraform, to set up a city, and to begin the inevitable course of human expansion throughout the galaxy.  A synthetic named Walter mans the vessel while the crew sleeps and the colonists remain frozen, but a freak solar flare causes damage to the ship, forcing the crew awake, and leading to a change of plan.  As fortune would have it, there’s a perfectly pleasant planet only weeks away, one that might be even more suited to human life than the world the Covenant was headed for, so the captain turns the wheel and a new course is charted.  Only, there’s no knowing what awaits them down on the surface, and a synthetic named David who claims to be the last surviving member of the doomed ship Prometheus might not be telling them the complete story of his marooning or of the dangers lurking in the dark. First, my gripes.  Rewatching all the films in preparation for this one, I lost myself in the story and the whys and the hows and the whens, completely submersing myself in the Universe, asking all the questions I could.  Perhaps that’s one of the reasons I enjoyed Prometheus more than other critics; I was fascinated by the depth of the story, I wanted to know more about Weyland, how everything began, how it got so out of control.  Prometheus provided me with that extra knowledge and set the story up to tell me even more, which I loved.  Then Covenant let me down hard, and I don’t think I can forgive it.  Without giving away the plot, I was dissatisfied with the explanation, with what was skipped over, with the absence of Shaw and the Engineers and anything I was looking forward to.  It’s like they didn’t know what to do so they progressed the timeline off stage and asked us to simply accept that.  I couldn’t, and so I enjoyed the film far less than I had expected to.

Not only that, but there were other pieces of the movie I found lackluster as well.  I wasn’t scared once, not once, and the creatures looked far too computer generated to be believable.  The action was unbalanced, going for boring to all-out fire-fight and back again on a whim.  The acting was mediocre, and having Waterston and Danny McBride as the stars was a bad choice.  Fassbender twice over was not, he’s amazing, he makes the movie, I can’t say anything negative there, but he wasn’t enough to make up for what went wrong and I still didn’t approve of what was done with his character.  There really is a bit of every film in the franchise right here for us to sample, so I respect that, and I in no way hated Covenant or will recommend that you stay away.  I was just let down, I never felt the magic, and I would make a hundred small changes if I could.  Still, you have to see it, you can’t let it pass by, and you very well may enjoy it far more than I did, depending on what you sat down to learn.