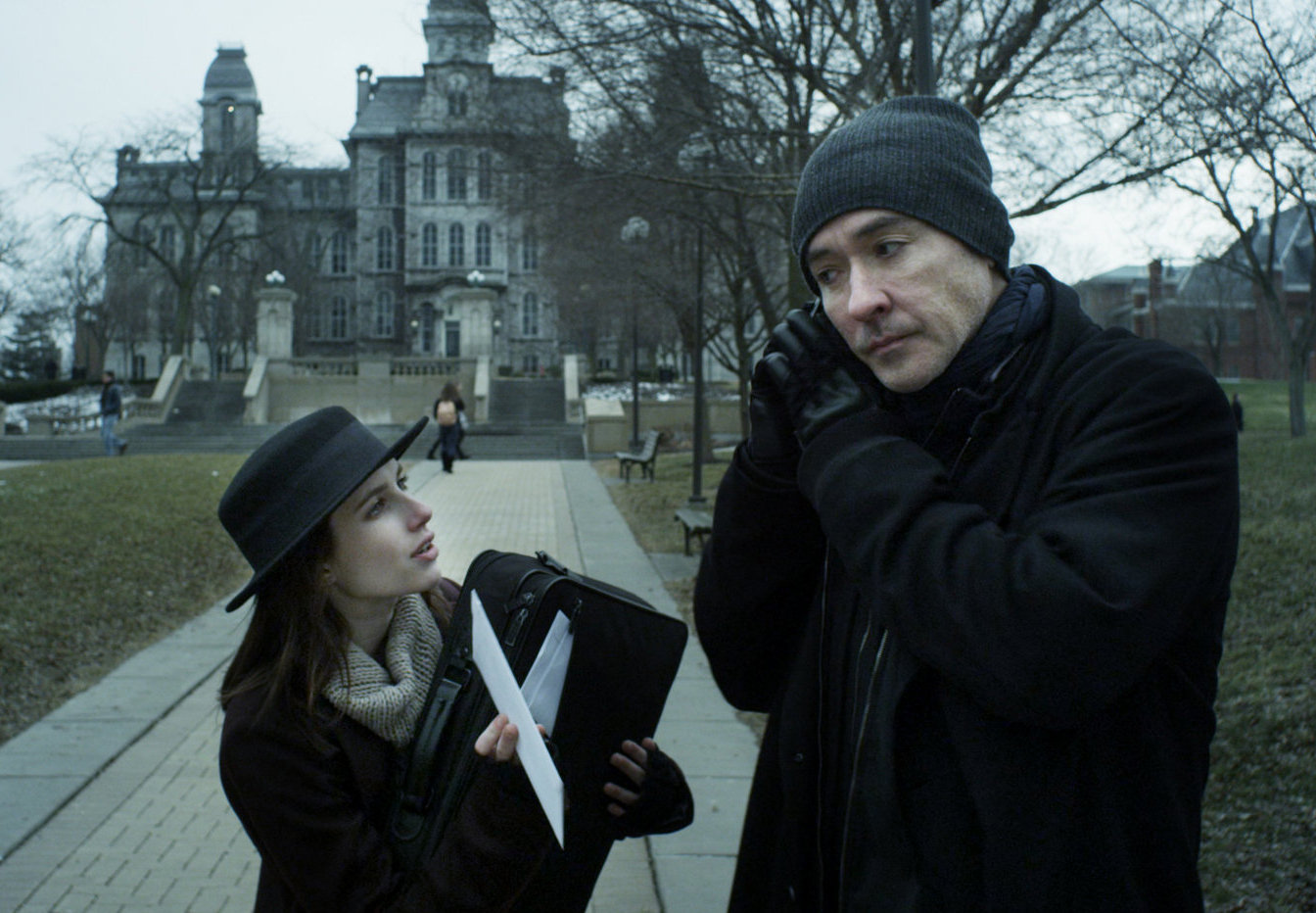 Emma Roberts might be the new Drew Barrymore, or at least someone who’s also approachable and speaks with the same, odd, pseudo-lisp.  She lacks the childhood fame and the sexy Poison Ivy teenage years, so maybe she’s more like Drew Barrymore at age 30, but the resemblance is there, and so is the general talent level.  They were actually both in a Scream movie as well, Drew in #1, Emma in #4, though Roberts is known more for Nancy Drew & Hotel for Dogs than her more edgy material, such as We’re the Millers, which was actually pretty good and in which she did a fairly good job.  Anyway, she comes across as a Barrymore wannabe with a lot less of a dark side, something that’s too apparent in a challenging film like Adult World where she’s called upon to go deeper and basically can’t.

Amy is a poet and she does knowit, majoring in the subject at Syracuse after an impressive & controlled high school career that saw her at the top of her class, full of ideas, on a course for the stars.  But poetry isn’t exactly a well-paying industry, and after graduation Amy finds herself without a job, without being published, without support, and without a clue what to do next.  She takes work where she can get it, oddly enough at an adult film & novelty shop, and tries not to give up on her dream of becoming America’s next great poet.  Meanwhile, she bumps into one of her literary icons, Rat Billings, and attempts to become his protege, when in actuality all she really is is an annoying hanger-on.  Amy tries to stay afloat in the adult world of sex, drugs, and William Butler Yates, sinking further & further into the abyss of her own mind with every passing day.

Plain & simple, Emma Roberts just wasn’t up to the task of this role.  The character is supposed to think she’s cooler & better & saner than she actually is, so that helps, but Roberts still can’t navigate the intricacies of Amy, can’t convince us that she’s an artist trapped inside a suburbanite’s body.  John Cusack saves the film from complete disaster with his callous portrayal of Rat Billings, using Amy as he sees fit, refusing to call her a talent when she’s really anything but.  Evan Peters as a love interest and Armando Riesco as a friend are both far too stereotypical, which shouldn’t be at all surprising given the amateur status of this film’s crew.  Scott Coffey is an actor not a director, and not a great one at that, while writer Andy Cochran has basically only done episodes of Teen Wolf.  Without Cusack, Adult World would have been a complete bomb; with him it’s barely palatable.