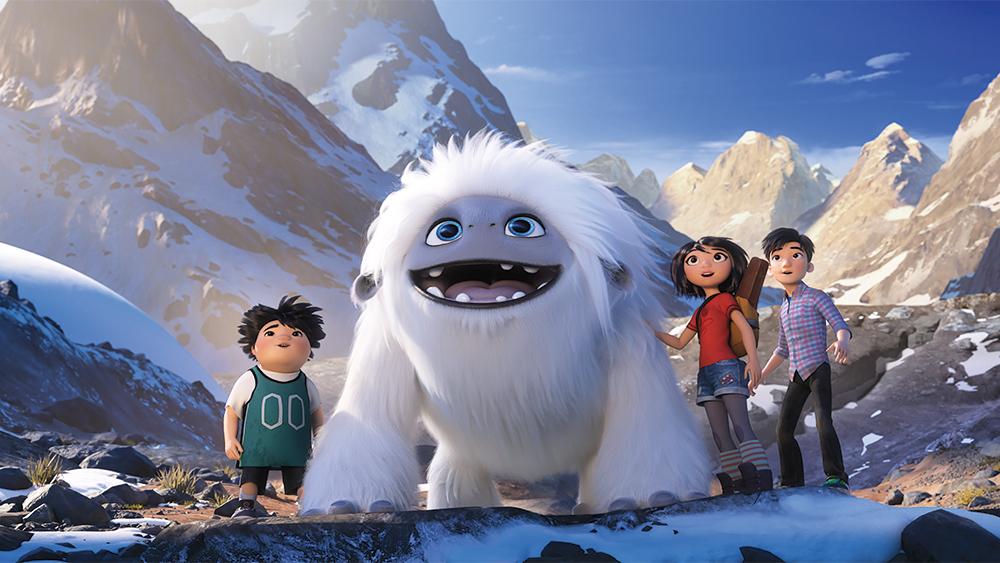 Apparently giant friendly creatures coming to the rescue to comfort kids who’ve lost their loved ones is an animated sub-genre, especially if those big lugs come with their own problems, get the kids in trouble, but at the same time help them with their anger issues.  Most recently Big Hero 6 and Next Gen have fit this mold, and now we have Abominable, which used to be called Everest, doesn’t have an original bone in its cinematic body, but somehow still comes across as heartwarming all the same.  It’s not your old school after school special, we’ve moved on from that, and the graphics have become impressive on their own, so I’m not warning you to stay away from a Hallmark special.  But this movie is nothing new, it’s the same fuzzy feeling we’ve had before; I guess the question is, do you want to feel it again?

Yi lives in Shanghai with her mother and grandmother, consumed by grief and the desire to break free from the cage that’s falling around her, ever since her father died and his love disappeared from her life.  She fills her time doing odd jobs, saving up money to go on an epic road trip, a journey her dad would have wanted her to embark upon, which, to Yi, means that it has to happen.  But she is sacrificing time spent with those still in her life who still want to connect with her, she just can’t see how important that is.  And things are about to get even more busy for Yi, when she finds a giant Yeti living on her roof.  Yes, that’s right, a Yeti, and although he’s very nice he’s also very large.  He wants to go back to Mt. Everest, and with Yi’s help, along with two kids she wrangles in named Jin & Peng, he might just make it, despite being hunted by an evil corporate billionaire who may not have the best intentions.

The plot of this film is disappointing similar to too many others; the sad kid, the big lovable, the evil rich guy, the escape, the chase, the ultimate tears and life lessons.  It’s not new, except that it’s set in China, but weren’t the ones I mentioned before also influenced by Asian culture and technology?  It’s a thing, I’m telling you, it’s a genre of its own now, and that’s fine, I kinda like it, and so do my kids, it just puts a ceiling on how much we can possibly applaud, since we’ve been there done that.  And the animation isn’t quite as good this time around as it has been before; very computer-y and not too expensive looking.  The backgrounds they created were beautiful though, the magic they centered the story around was cool, the music was nice, and the whole feel was pleasant, that’s for sure, I ended up with a smile on my face, which I guess is applause of its own, in a way.  Don’t expect Abominable to be the most amazing animated feature of the year and you’ll leave happy, maybe even emotional, and your kids will have a great time with the humor and the characters.  And when it’s all over, you can rest assured knowing we’ll soon be seeing another one just the same.