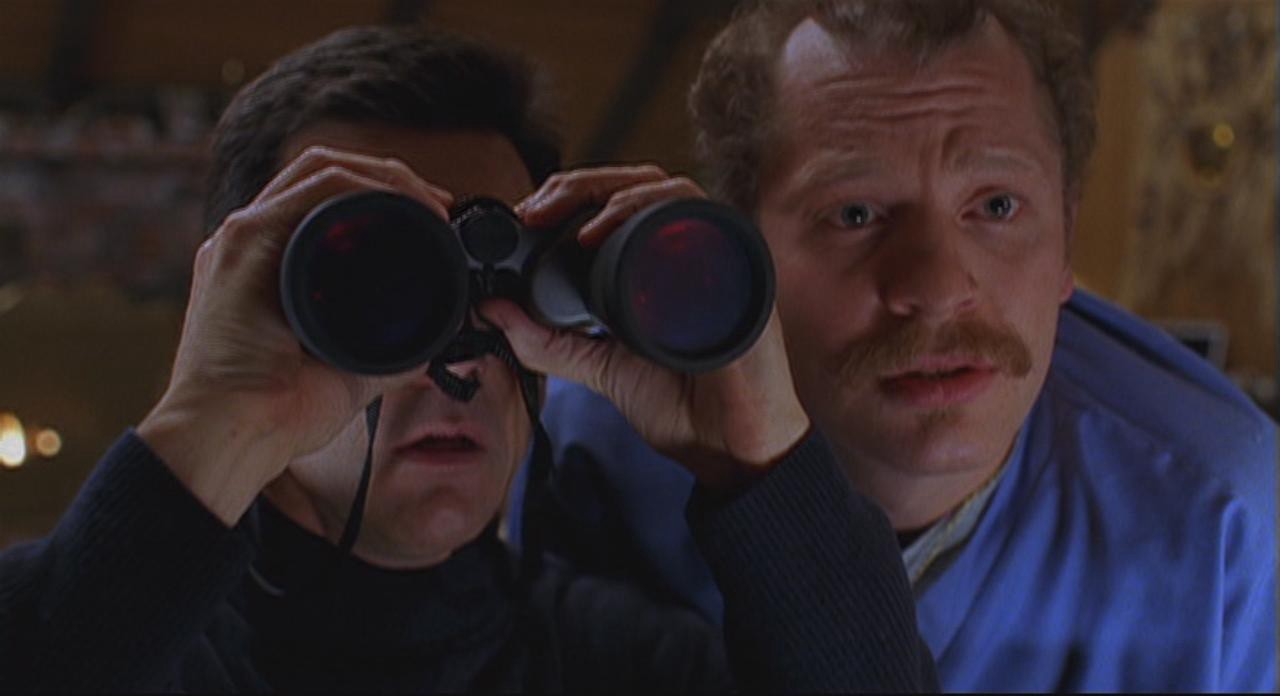 I don’t really believe in ‘closet favorites’, because why would you keep them in the closet if they were your favorites, you don’t need to be ashamed of enjoying a b-movie or a ridiculous romp; like what you like.  But if I were to name a few films that I know are bad but have fun with anyway, Abominable would be high on that list; as ridiculous a horror film as you are likely to find but with a hidden gem quality that I’ve never been able to deny.  Now, that doesn’t mean that much of it doesn’t suck, it just means that enough shines through that there’s a bit of magic I can’t explain, and a pull that keeps me coming back.

Preston Rogers and his wife were involved in a terrible climbing accident near their cabin in the woods, leaving Preston paralyzed and her dead.  In an effort to get past the accident, Preston is returned to the cabin under medical supervision, and against his wishes as well.  He tries to settle in and move on, but then he witnesses something that he can’t explain; a creature in the forest.  No on believes him, he’s unstable, after all, but he knows what he saw, and soon the monster starts taking young women from a friend group staying next door, which gets the blood flowing and the adventure started.

First, as far as horror goes, this is pretty great, with a weird monster, a creepy setup, dark woods, panicked people, and some blood for fun; just the way we like it.  The creature creeps me out, and the added element of no one believing Preston, like no one believing Shatner/Lithgow about the thing on the plane’s wing, makes the movie feel real.  That nod to a classic Twilight Zone episode, plus the very obvious Rear Window set up, gives some credibility to Abominable, especially when other aspects falter.  The girls in the cabin next door are laughable, the actual quality of the filmmaking is amateur, but there are some veterans in the cast that help things out (Paul Gleason, Lance Hendriksen), and things could have been way worse, in a film that is ultimately a gory good time.