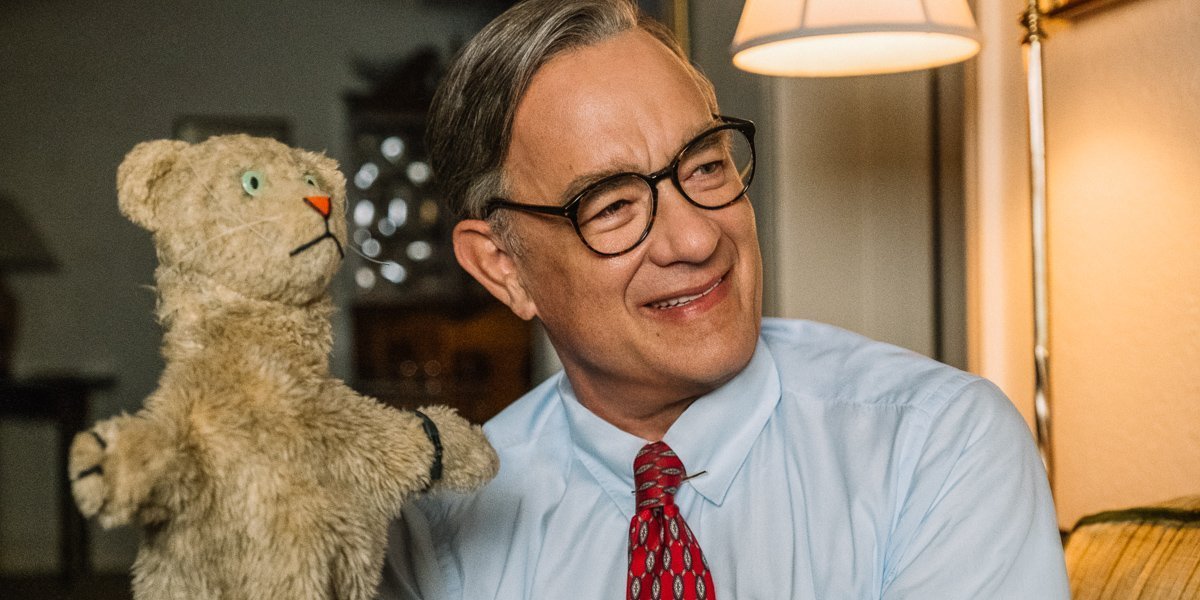 Marielle Heller is a rising star who was handed a guaranteed success that starred Tom Hanks as the most beloved man in the history of the world; if you didn’t see magic coming in the form of A Beautiful Day in the Neighborhood a hundred miles away, then you need …glasses.  Heller follows Can You Ever Forgive Me? with another true story, Hanks plays Mr. Rodgers in the prime of his wisdom, and audiences are left to gather together the pieces of their shattered hearts after an experience that will make the most stalwart cry a river.  I do think Won’t You Be My Neighbor? was the better film, more honesty and more heart, but this newest version of the show we all loved still packs a powerful emotional punch, and still deserves our fervent applause.

Journalist Lloyd Vogel is tasked with interviewing Fred Rogers for a piece about heroes for Esquire magazine; the problem is, he stopped believing in heroes a long time ago.  Haunted by his own family problems, including the death of his mother and abandonment from his father, and attempting to gather together his current life, with a loving wife and a brand new baby boy, Lloyd finds no room for the infernal optimism of Mr. Rodgers and his Land of Make Believe.  But just because Lloyd doesn’t believe in the magic of love and forgiveness, that doesn’t mean that the universe doesn’t believe in him, or in his ability to change.  Facing his father once again and beginning a friendship with a TV personality who just might be as openhearted as he appears on television, Lloyd finally learns the truth about looking back, moving forward, and being OK with what you’ve been handed.

I did like the documentary of Mr. Rodgers better than this dramatization, but this is a true story as well, so no fault found there, and what they were able to do with this tale was pretty incredible.  Heller took a real friendship and a lesson, turned it into a biography, but lost none of the spirit in the transfer, so hats off to a fine director who is only getting stronger as she becomes more experienced.  Matthew Rhys was only fine as Lloyd; what we really came to see is Tom Hanks as Fred Rodgers, and he did not disappoint.  Also, shout out to Susan Kelechi Watson, who is so incredible and so beautiful, and also to Chris Cooper, who has never let me down.  To make this slightly more than a typical biopic, there were some imaginative elements added, some dreams and some nightmares, which only made the delivery more unique and captivating.  I don’t know if A Beautiful Day in the Neighborhood will ultimately win Oscars, but I don’t know how much that matters really; it’s won our smiles, which might be cheesy, but is also enough.