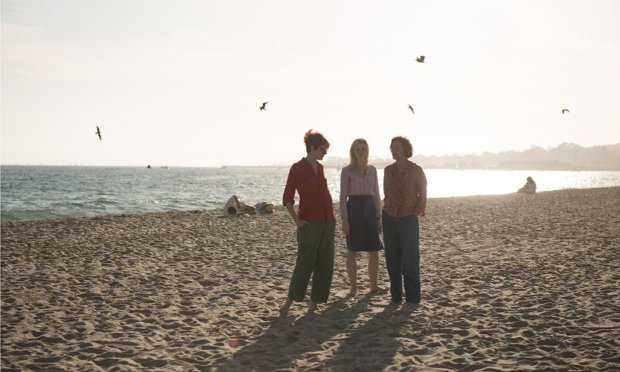 Three actresses had career moments in 20th Century Women, performances that can’t be overlooked.  Annette Bening is often the flustered fast-talker (The American President, American Beauty) but finally settles into a mature role here that’s her best to date.  Greta Gerwig is usually the indie oddball (Frances Ha, Maggie’s Plan) but takes on a level of depth here that we’ve never seen from her before.  And Elle Fanning is the less talented version of her sister (Young Ones, Low Down) but steps boldly out of the shadows.  These three unique actresses bring their A-game to this film, making it one of the years stronger dramas, and showing us that perhaps they’ve been under-producing until now, but are ready to make magic.

In 1979, the US is changing from the experimentation of the 70s to the disillusionment of the 80s, from rock to punk, from drugs to computers, from simpler times to the complete confusion of youth in a world gone wrong.  Three generations of women tell this story through their experiences, all often under the same roof, none related, but attempting to adapt together.  Dorothea is in her 50s, is a single mom, and is trying to walk the line between allowing her teenage son to find freedom and keeping him safe.  Abbie is an independent woman, a photography, a cancer patient, and a very lonely soul.  And Julie, a teen, a slut, a girl looking for love wherever she can find it, a wandering spirit in a world of sex, drugs, and chaos.  The three are bound together by young Jamie, Dorothea’s son, and their desire to mold him into a man who doesn’t resemble any they’ve encountered so far.

This trio of performances from Bening, Gerwig, & Fanning really are the best I’ve ever seen from them respectively, reaching new heights and finally producing completely believable characters.  They and the music of the soundtrack make the film, transporting audiences into the late 70s, giving us insight into the time, but in an original way, not like some period piece where everyone’s a hippie.  The story is told with Jamie as the axis, and the kid Lucas Jade Zumann does a great job as the glue holding the film together.  Also, Billy Crudup as a small but impactful character is amazing as usual, as he fits this era to a tee.  The film starts a bit slowly, and can’t really even be called a slow burn since it never ignites. But you’ll be rewarded for your patience by excellent performances, a killer mood, some great songs, a touch of sweet comedy, real emotion, and an overall solid film.