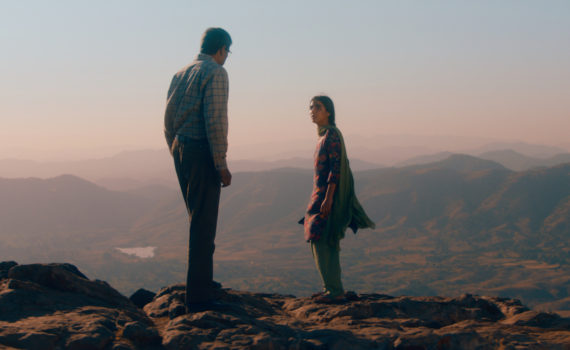 A foreign language candidate out of Norway came to America this summer and was mostly missed by audiences, including myself.  The critics that saw the film sung its praises, but otherwise it slid under the radar and went under-seen, which needs to be remedied.  I came across it by accident, knowing nothing about Iram Haq’s strong debut five years previous, I Am Yours.  The Pakistani-Norwegian director tells emotional stories about women living where two cultures clash, and attempting to steer their way through expression and emotion while this battle rages on.  What Will People Say is a coming-of-age tale from this perspective, a look at how the most exciting time of a young person’s life can quickly become a waking nightmare when she is restrained from freedom by family and by expectation. Nisha is a typical Norwegian teenager; slightly rebellious, mostly appropriate, likes to spend time out of the house with her friends, gets good grades, loves her family, has a potential boyfriend, chats on her phone too much, all normal activities and none too egregious to warrant action or concern.  But her family is not like others in Norway, and the expectations for her adolescence are quite different from that of her friends.  Nisha’s parents are from Pakistan, and they brought their culture, both its positives and its negatives, with them when they settled in this new country.  Her father owns a small store, her mother stays at home, her brother is being groomed to be a doctor, her sister is still young; it’s a tightly knit family, they love one another, but at times Nisha’s youth and individuality clash with the traditions of her parents’ homeland.

The discrepancies seem mostly bearable until a night when she sneaks a boy into her bedroom after hours, and he accidentally wakes up her father.  A side Nisha has never seen awakens in a man she has always trusted, and the police are called, children’s services stepping in as well to help her tell her story and protect herself from domestic abuse.  But that’s half of Nisha’s life, Norwegian law, the other half is more traditional, Pakistani male dominance and family ownership.  She subsides to the pressures and promises of her family, but is tricked by her father and brother into going with them aboard a ferry and then to the airport.  With threats upon her life and the promise of becoming an outcast if she protests hanging over her head, Nisha is sent, basically kidnapped, to Pakistan, where she is expected to learn to behave if she is ever to have any freedom again, however limited, and however lifeless. Haq’s first feature is much more sexual, much more mature, her second focusing more on youth pushing back against the walls that threaten to cage it in, and the consequences of such defiance.  Nisha’s tale is one that, on the surface, I could never understand personally, but I’ve never understood how people can say that they don’t relate to another human story since we are all humans; even having never experienced something similar, and of course knowing this to be fiction, I can empathize with all those who have struggled to find themselves among the crowd of culture and the pressure of generations.  Change comes with difficulty, there are always those who fight back against it, and they are powerful, or at least perceived to be.  Nisha’s story stirs my heart in that way, forcing me to watch and understand and feel what countless people in her situation across the globe must feel, and how helpless they must imagine their situation to be.  Filmmakers like Iram Haq shine light on that plight every day, helping those without a voice say something loudly, and for that I stand up and applaud and do my small part, sharing and recommending the message as widely as I can.

Now, for the film, which I don’t mean to ignore; the content is simply so strong that it does dominate at times, pushing its way to the forefront and demanding notice.  But the movie itself has strength enough to grab our attention as well, and should be given its proper respect for being one of the strongest I’ve seen this year, regardless of category.  Haq directs the feature with fierce style and determination, never flinching from the difficult and never wasting a scene.  Some of the shots are gorgeous, especially in Pakistan; what a lovely countryside for such dark context.  And she had a way, throughout the film, of making it extremely and realistically clear where the power lies; sometimes the father and the brother would talk about the most mundane topics while life-altering events were going on around them, which came across to me as both natural, since people do talk about boring details, and unnatural, given the evil they were bent on perpetuating, showing the frequent callousness of their actions while harming other human beings.  The acting was so believable, Mozhdah was great for a first-timer, and by the end I was left with such a sweep of emotions that I hardly knew what to do with them.  An excellent second feature, a solid Foreign Language addition, and an overall unique drama, What Will People Say really should have people talking. Video – With an aspect ratio of 1.78:1 (16×9), the video quality of the DVD is comparable to others of its budget, which shouldn’t be held against it, but which can’t exactly be called an asset either.  The quality is just fine,  but the cinematography is more impressive, with stunning shots of Pakistan and a great eye for detail throughout.

Audio – The disc was done in Norwegian and Urdu 5.1 Surround, with an option of 2.0 Stereo.  Subtitles are available and automatically in English, to be turned on or off.  The sound quality is normal as well, about what you would expect, but the music is fairly thoughtful, with modern vs. traditional balanced in a clever manner. Highly Recommended.  What Will People Say is a heartfelt and personal look at culture clash turning into something much more violent and specific, not mistreatment of a group but rather mistreatment of a family member for not becoming and conforming to an image of a group.  Both are a problem, one large scale, the other more internal, but each harms its target, and here is a story that illuminates the dangers of forgetting about the smaller battles.  The video is average, the audio the same, there are almost no bonus features, so look elsewhere for strong technical aspects, but with this level of drama, with this great an eye for scene, other technical pieces fail to matter.  What is important is Nisha’s truth,  and how her character represents young women all over the world, not just in Pakistan or with strict, Muslim parents, who can’t escape what they are supposed to be to become who they truly are.