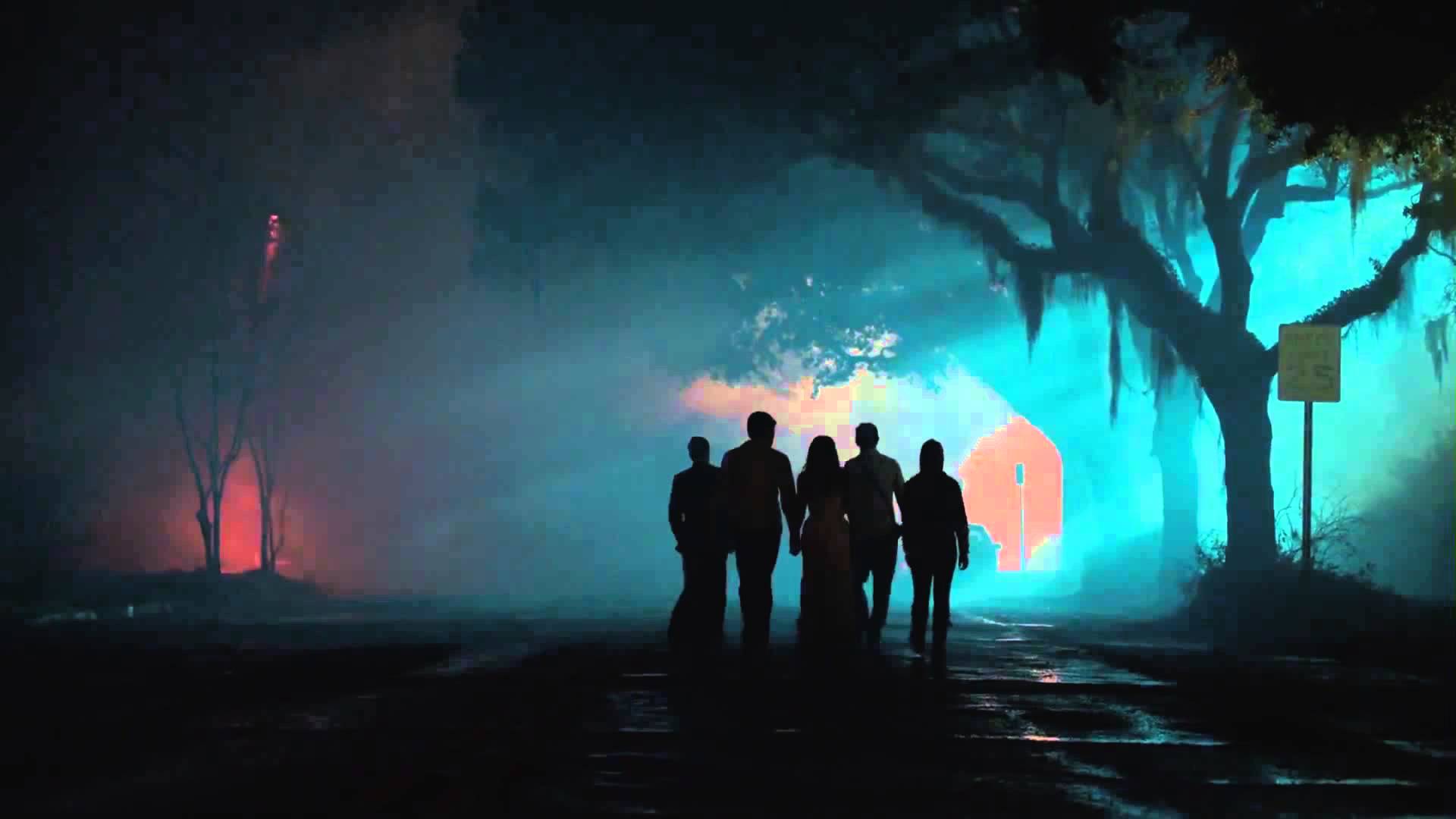 You know how they say that Seinfeld is a show about nothing?  Well, that might have worked for them, but you can’t really use that same philosophy to create a successful horror movie.  You need something to make the story horrific, otherwise it’s just horrible.  When I first saw the trailer for The Remaining I thought that it looked like a great mix of disaster and horror, a film to satisfy my love for both genres and to take me on a wild ride.  The end of the world, fallen angels, head-sized hail; what’s not to like?  But someone forgot to either add more to the remaining majority of the film or to stretch those elements out a little, because, at some point while watching, I came to the realization that nothing had been happening for about 45 minutes.  This film turned out to be a movie about nothing; not exactly what I sat down to see. A group of friends gather at a wedding to celebrate the marriage of a pair of their cohort; sounds pleasant enough.  There’s Skylar & Dan, the happy couple, two friends who fell in love seven years ago when the gang got together.  There’s Jack & Allison, another couple, but one that has been together just as long with no long term commitment.  And then there’s Tommy, the BFF of all, the videographer of their lives, and a young man who is secretly in love with Allison.  With each passing year that Jack doesn’t step up his game, Tommy is more & more enticed to profess his feelings for Jack’s girl, but that’s easier thought than done.  For now, the gang is happy to party with their enormously smitten friends, have a good time, and just enjoy life.

Well, enjoy life while they can I guess, cause shit’s about to go down.  During the reception, and without warning, the room gets cold, about half of the guests collapse, and all hell breaks loose.  The people who fall down are ice cold, have milky blue-white eyes, and seem to be dead.  The survivors begin to panic, but before they can do anything, it all gets worse.  Lightning and fire flash from the sky, giant hail rains down, planes start plummeting out of nowhere, earthquakes begin, and the world seems like it’s ending.  But no, literally, the world is ending, as the Rapture is upon the Earth and much worse than natural disasters is waiting for the panicked and desperate Remaining. It’s a set up that saw me coming a mile away, a con of a movie that sucked me in before I could even think about it.  It’s got all the makings of a great sci-fi adventure; a group of attractive friends, secret loves, a party, a disaster, the amazing power of Mother Nature, and a supernatural threat that’s about to torture the whole world.  This movie was primed to impress, at least the group that I’m a part of, those crazy people who love to watch the world crumble and the little people run around panicking.  And with Armageddon thrown in for good measure, there’s no way this story could fail to get me excited.  It would take an idiot to fail to produce at least a cult classic with this story.

And fail they did.  Miserably.  It’s not really hard to figure out why either; because nothing happens and there’s no point.  Like I said before, this can work for a comedic television show, even a quirky film.  But you can’t have nothing happen in a sci-fi/action/horror/apocalyptic thriller.  Now, in their defense, I guess some things happened.  The world started ending, there was excitement at the beginning, and there was even some dark, terrible thing out there in the dangerous streets.  And that’s where the action ends.  The friends get to a church and start talking for about half the movie, about religion & relationships & boring crap, never remembering that they’re supposed to be making a good movie.  By the end, when nothing is resolved and you stop caring about any of the characters, you start to feel like you were tricked, that some wingnut might have made a very bad horror movie just to get you into heaven. Video – With an aspect ratio of 1.85:1 1080p HD, the high quality of Blu-ray is wasted on this film.  Some parts were shot with a hand-held camera, though not too many, leaving the rest of the film to flounder in crisp definition.  With a plot like this, you’d expect more; more amazing visuals, more cool graphics, more intense action.  But it’s all missing, leaving you to wonder if the quality of the film was taken to the afterlife along with half the world population.

Audio – There are a ton of audio options on the Blu-ray.  The film can be heard in English 5.1 DTS-HD Master Audio, French 5.1 DTS-HD Master Audio, English Audio Descriptive Service, or Spanish 5.1 Dolby Digital.  There is also a choice of four subtitles: English, English SHD, French, or Spanish.  The sound quality of the film is fine, but disappointing along with the rest of the movie.  The effects failed to live up to the possibilities.

Extras – If you’re dying for more, there are a few extras on the disc.  There is a two minute long deleted scene called Tommy Apologizes To Jack.  There is a twenty minute long behind the scenes segment called Making The Remaining.  And there are four trailers: When the Game Stands Tall, Soul Surfer, To Save a Life, and The Song. Skip It.  It’s not a good sign when you finish watching a movie and you’re angry at it.  Perhaps for a really intense drama, one that you invested everything into and the main character dies, that wouldn’t be a terrible thing.  But not here, that’s not how audiences are supposed to feel after this one.  What was advertised as a genre film quickly became anything but, a mix of Dante’s Peak and Left Behind that feels more like a sermon and less like a thriller.  Where was the blood, the boobs, and the belly laughs?  That’s what we all want to see from a movie like this, and sadly it was all missing.  The video quality of the film was fine but with wasted definition, the audio was only OK but with a lot of options, and the extras were few & not wonderful.  This is a movie you can miss, since it makes absolutely no impact.