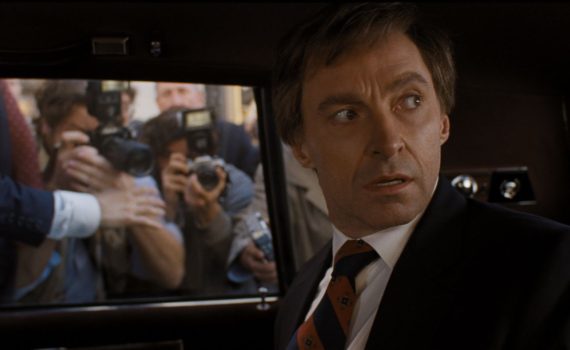 Spotlight-style dramas are currently selling for a dime a dozen, and that’s no surprise at all.  Audiences have always been eager to buy exposés and true life crime stories, they speak to our less-than-empathetic natures and our baser desires to see people caught & punished.  We also like to play the judge; just look at the current trends of making a murder docuseries, serial killer analysis, deep reporting podcasts.  Americans like to feel like they are in the know, and they like to feel superior to; enter this genre of film.  Fast paced, real life, doing wrong, getting caught; we eat it up, and Hollywood has taken notice.  The Front Runner is just another in a long, continuing line of this style, cashing in while the market is hot.  And while I don’t blame it at all, and rather enjoyed it more than I thought I would, trends always head south given enough time, and I wonder if that time has come. Our political history is littered with what might have been, missed opportunities, and huge swings in momentum that changed the course of not only American lives, but the foundations of the world stage.  The assassinations of Lincoln and Kennedy, the few votes that separated Bush and Gore, and, on a smaller but perhaps as impactful scale, the scandal surrounding Gary Hart.  The Senator from Colorado was a young, attractive, likeable, youthful, progressive Democrat whose modern ideas were taking shape and whose vision for the young people of this country was something that sparked a ton of support.  The sky was the limit for a Hart presidency, and the Unites States was prepared to take a major step forward in progressive politics under this man, a senator with grand ideas who might actually be able to turn them into action.

But that never happened, life took a different turn, and the story behind the campaign is told in quick-paced detail in this true life reenactment of small events that would greatly shape the path of a global future.  Hart ran for President in 1984 and made a splash, but couldn’t make it through the primaries as the front runner.  But he was ready in 1988, when he polled far ahead of all other Democratic candidates and seemed on his way to the White House.  He was set to win the primary, to beat Bush for the presidency, and implement all his new ideas; something catastrophic would have to occur to alter what seemed to be fate, and that’s exactly what happened.  Hart was caught by journalists in an extramarital affair in his DC home, and at that time the country would not stand for an “amoral” man, no matter his policies or possibilities. The Front Runner takes the now-standard formula and flips it on its head by making the exposed into the hero.  Or at least, that’s what the attempt seems to be, I’m not sure I can say that they ever succeeded, but they sure tried.  Hart is painted as the next great American good guy, someone who will launch us into the stratosphere, a combination of John F. Kennedy and Bernie Sanders in the body of a lumberjack, and I wasn’t alive at the time to say differently.  But that’s definitely the direction the story takes; make Hart into a gamechanger, show what America might have been, capture his fall, and then pose the question to audiences; “should the press even have bothered the guy?”  The film will ask you to take a moral stand on one side or the other, prepare yourself for that, and while I’m not exactly sure what to think about the message, I do respect any movie that makes us face tough questions.

I was surprised by this style of exposé, by its ability to craft events so that you feel bad for Hart, and are saddened by his stepping down from the ’88 race.  I think that’s what they were trying to make us do, feel sorry for the guy and angry at the reporters, which worked part of the time, and part of the time failed.  I didn’t like being manipulated into an opinion, and I do think the filmmaker had a set viewpoint, so there’s that to consider when judging this movie, just how much you want to be steered.  But the history of the events speaks for itself, and it is fascinating to consider how different things would be today had Hart become President, how that would have changed everything down through the years.  Other than that, Jackman did a fine job as Hart, Simmons stole the show as his campaign manager, and everyone else seemed to simply float by in the soup put together by the recipe.  The details won’t stand out because the filmmaking isn’t brilliant, and you’ll forget you watched it a week after the fact because it’s not that memorable, but The Front Runner does its job well and tells its story, if not in a completely unbiased fashion. Video – With an aspect ratio of 1.85:1 Widescreen and shot using Panavision Panaflex Millennium XL2 and Panavision Primo cameras, with Angenieux Optimo lenses, the video quality of the film is on par with what you would expect from a modern drama, while also capturing the era in which the action took place.  The hair, the costumes, the locales; they all worked to create a good atmosphere and to transport audiences into the moment.

Audio – The DVD was done in English, with language options of English Audio Descriptive Service, French, Portuguese, Spanish, and Thai.  Subtitles are available in English, English SDH, Cantonese, Chinese Simplified, Chinese Traditional, French, Korean, Portuguese, Spanish, and Thai.  That’s a lot of languages, so credit to the distribution company for making this story available to so many.  The music of the movie was fine, and the sound was balanced well, so solid audio work.

Extras – There are a few special features on the disc, including commentary from the filmmaker to be enjoyed along with the movie.  Also, The Unmaking of a Candidate, a 15-minute behind-the-scenes featurette.  Lastly, 3 deleted scenes and 6 trailers. Recommended.  I came in expecting very little from this under-the-radar drama that should have been an Oscar-contender; obviously it wasn’t for a good reason.  I came away a bit surprised by the quality of the project, by how well it worked, and the strength of all the pieces that came together to create something interesting.  Then a few days went by and I mostly forgot about this true life tale, and when I did remember it I was struck by how much I had been directed to one outcome of the scandal, not to think for myself about the many.  That didn’t sit well, but I do still think that The Front Runner is a well-made, well-acted, and watchable flick that most of us missed, that some of us could enjoy revisiting.  The video and audio and extras are all passable, the technical side works well enough, so that won’t detract.  And the man behind it all is a figure worth thinking about, a politician who would go on to be an advisory council chair and special envoy, so his impact didn’t end in the 80s, and his story might be a teaching tool for years to come.