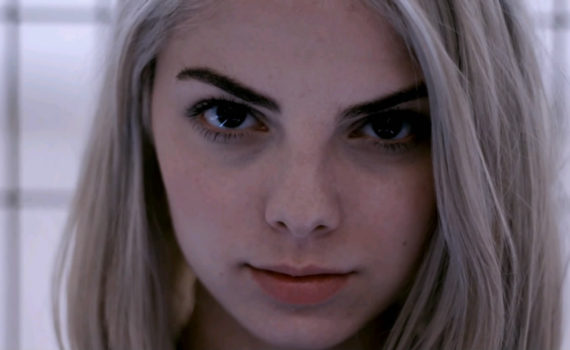 Maximum Ride might very well be the worst movie I have ever seen, which is saying something, given the terrible films I have watched over the course of my critical career.  Any of us who have sat through the four Sharknado flops know just how bad cinema can be, but at least there’s a way to defend that franchise, at least you know they were making their movies solely for entertainment purposes, with no desire to be taken seriously in the least.  After seeing Maximum Ride, you get the sense that someone worked with intention, with a purpose, with a thought that what they were creating might actually be good.  Well, it isn’t, it’s among the most awful things my eyes have ever witnessed, so back to the drawing board. Kept in an underground prison called The School, six gifted children are treated like animals, given a barrage of strange tests, live in cages, and don’t know the world outside at all.  Perhaps they are even test tube babies, born in a lab, and engineered with odd powers of mind and body.  Whatever the truth, Max and the others know only that they aren’t exactly human, though what having wings makes them is anyone’s guess.  As Max grows, she becomes the favorite of the leader of the researchers, a man named Jeb, a man who is like a father figure to them all, though he has a real son he basically ignores.  One night, Jeb even breaks them out of their confinement, rushing them away to a life in hiding.

The six children grow up in the mountains, living in fear of location and recapture.  Max is the leader and the mother figure of the group.  Fang is her right hand man and possible love interest.  Iggy is blind but has a sensitive insight.  Nudge is gaining in power but is also chafing at the seclusion of their hiding.  Gazzy is young and super-intelligent, a master builder.  And Angel is his little sister, a girl with powers of the mind that no one understands.  The older three can fly with powerful black wings, and when Jeb disappears and Angel is taken, they set out to solve the mystery of their creation, only to uncover more questions than answers.  As they travel cross-country, they must work together to find out the truth and to defeat the power that wants to own their souls. This film is based on a series of books written by author James Patterson, who Stephen King calls a “terrible writer”.  Based on this movie, I can only guess that he definitely is.  There are nine books in his Maximum Ride series, and you would have to pay me a million dollars to read them all.  It’s the dumbest premise I’ve ever heard, and obviously doesn’t translate to the screen either.  Six kids mixed with birds in the lab and tested for who cares what reason; no thank you.  The story makes absolutely no sense, I actually don’t want to know why they are what they are, and the two writers of the screenplay weren’t able to adapt the stories in a successful manner, or else that goal was completely unattainable since the source material sucks.

Basically nothing happens during the course of the film.  I hate to be exaggerant and overly insulting, but really, nothing happens, and at the end you understand that you just wasted a piece of your life.  Story-wise, this is obviously a setup for more plot to come, but I can’t imagine that anyone would have the nerve to make another film in this series.  The actors are beyond awful to the point of incredulity, the special effects are 3rd-grade level, and I could make up a skit right now that I could perform in my basement that would be more entertaining than this film.  Someone actually made this, someone actually spent time and money wanting this to become an actual film that real people watched, that’s what blows my mind. Video – With an aspect ratio of 16×9 Widescreen, the video quality and special effects are laughable, at best.  It’s among the worst you’ll ever see, and the team that put together the technical aspects of this film should be embarrassed. Skip It.  I can only imagine that this film was going for a Buffy the Vampire Slayer feel but completely missed the mark.  There is a touch of that melodrama, but even that was done poorly, failing to be over-the-top enough to even be fun.  This movie is serious, they’re being serious, that’s what’s shocking, that anyone in their right mind could have watched this final product and thought, “yeah, we did it”.  I am embarrassed for anyone with their name attached to this project, as it really is one of the worst films I have ever had the misfortune to come across.  The video is terrible, the audio the same, and their are no extras, so don’t look to cool technical features to save this awful story.  Stay as far away as possible, and don’t tell me if they ever make a sequel.