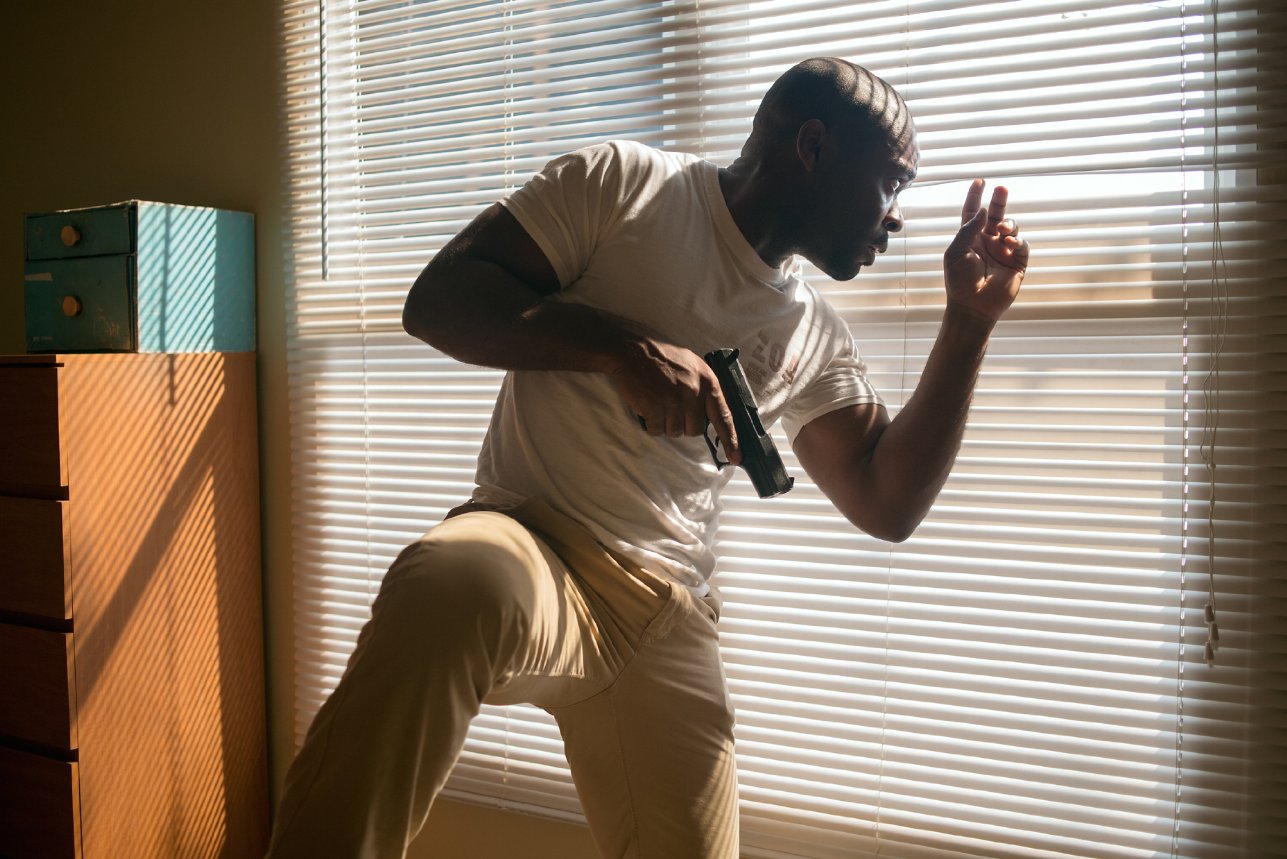 I was very afraid, coming in, that Captive was set up to become a Christian film, a morality tale laced with scripture, a well-intentioned message perhaps, but one I had no desire to hear.  I’m not religious, would label myself antitheist if anything, in the manner of Christopher Hitchens, but that’s beside the point.  I didn’t want to watch a religious take on actual events, that’s what it boils down to, creating god-like influences where there were none, interpreting real life through shaded glasses.  As it turns out, this film is barely religious, so I need not have worried.  It does have a small spiritual influence, but not enough to bother a non-believer, so that’s not the problem.  No, the problem is, when you take out the Christian element, you’re not left with much at all other than a boring story about a desperate man who does desperate things for about five minutes, and then very boring things for the next ninety. In 2005, while awaiting charges for rape, Brian Nichols escaped custody and armed himself in the Fulton County Courthouse in Atlanta, Georgia.  Over the course of the next day, Nichols would kill the judge presiding over his case, a court reporter, a sheriff’s deputy, and a federal agent.  He escaped the courthouse, carjacked multiple vehicles, and stayed out of police custody while a large-scale manhunt began.  Eventually, Nichols would hold a young woman named Ashley Smith hostage in her own apartment, keeping her quiet at gunpoint, watching news reports, and awaiting his fate.  This is the true story of actual events, with a dramatic look at what may have happened in those seven hours Nichols & Smith were together.

Smith, a young mother and recovering drug addict, was forced to help Nichols hide his location, even driving with him in order to conceal a stolen vehicle.  The two stayed up through the night, talked, and eventually Smith would even read aloud to him, passages from The Purpose Driven Life, a spiritual guidebook written by Rick Warren.  The conversations between the two may ultimately have affected them both, Smith as a woman attempting to stay on the right path, Nichols as a man attempting to save his soul despite the damage he had already inflicted.  This is their story, and a lesson to us all about the importance of each day, each decision, and each small impact we have on those around us. Captive was much less a religious message than I had anticipated.  Yes it had a higher power undertone, but the most that happened was Ashley read a little from a spiritual book and Brian called bullshit.  That’s it, and I’m not really sure I’m happy about that.  I guess I’m glad they left most of that out of what is a fairly interesting true story, but taking out that hook, what are you left with?  A man killing a few people, holding a woman hostage for a bit, and then everything being resolved without any sort of climax whatsoever.  By eliminating the aspect I was afraid I wouldn’t enjoy, the filmmakers failed to make this story compelling in the least, also forgetting to fill the void with something tangible or relatable.  We were left with a reenactment, but a really boring one.

The actors seemed to be trying their very best to make the situation thrilling and emotional, but generally couldn’t.  Is this man going to rape, shoot, or kill me?  No.  Is this woman going to try to escape?  No.  Will we see a divine sign that will change our lives?  No.  Will we just sit here until the police come?  Sure why not.  Mara & Oyelowo can only be expected to do so much with so little, and they grasped at every emotion they could in an attempt to make you care.  The fact that I didn’t wasn’t entirely their faults.  If I was going to blame someone, I’d point to the cops, who were characters that I can appreciate as hard to pull off, but were the cheesiest pair of gumshoes I have ever had the misfortune to watch.  This movie needed a direction, even a Christian one, and in failing to choose a path the film failed to keep my attention. Video – With an aspect ratio of 1.85:1 (16×9 Widescreen), the video quality of Captive is far from captivating.  The picture is an afterthought, taking a backseat to the story and forgotten in the mix of emotions attempted.  The picture is just not ultra-crisp, very colorful, or too impressive.  The dialogue and the introspection are the focal points, not the visuals.

Audio – The disc was done in English 5.1 Dolby Digital, with an option of French, Spanish, or English Audio Description.  Also, subtitles can be chosen in English, French, Spanish, or Portuguese.  The audio is as forgettable as the video, a background detail that you’re not expected to take much notice of, nor will you, given its mediocrity.

Extras – There are two special features on the DVD.  Journey Through Darkness: Filming Captive – a half an hour of behind-the-scenes and making-of.  Faith and the Purpose Driven Life – five minutes of discussion of how faith impacted this film. Rent It.  Though billed as a religious take on a real event, the end product is a much less spiritual, fairly detailed reenactment of what happened, with some insight into the minds of the players.  I actually wished there was more faith here, more emotion, more of a revelation than there was.  Instead, the film isn’t much more exciting than reading a Wikipedia article on the subject, and is perhaps exactly as accurate.  The video was only OK, the audio the same, and there weren’t many extras on the disc.  Look up details on the event if you’re interested, read a religious novel if that’s your thing, but don’t expect a great marriage of the two here in this movie; you’ll be disappointed.