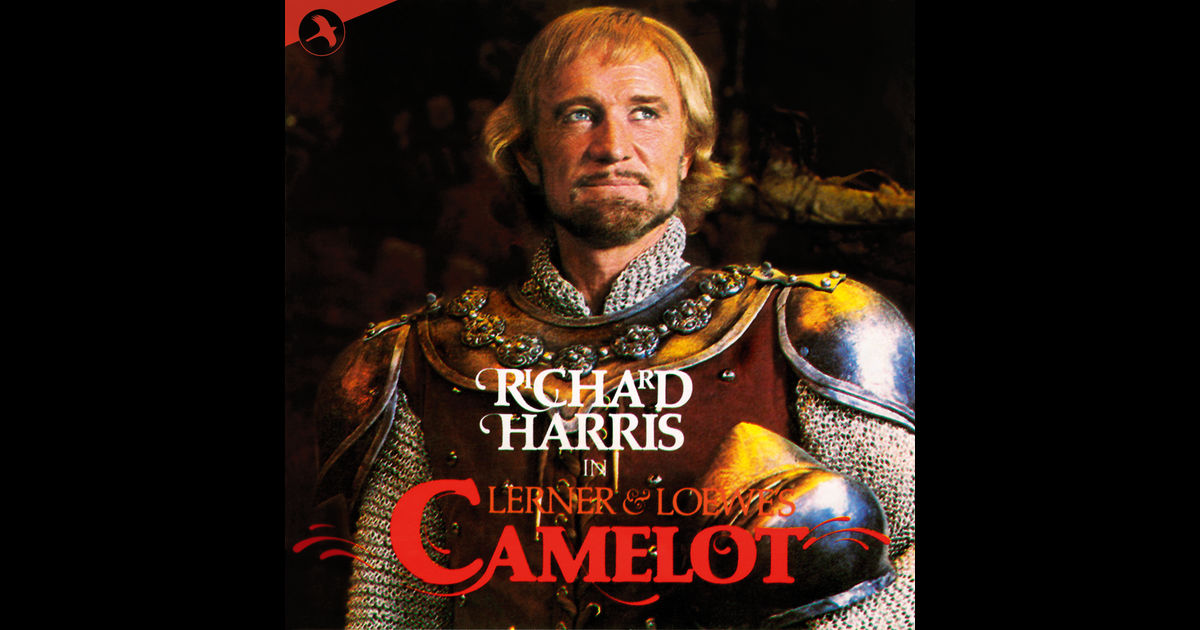 In 1960, Lerner & Loewe’s Camelot opened on Broadway and ran for 873 performances.  Based on the classic T.H. White novel The Once and Future King, this bold musical would go on to have a U.S. tour and appear on stage in London, but it wasn’t done just yet.  In 1967, there was a film version adapted for the screen starring Richard Harris and Vanessa Redgrave, which revitalized the show and led to a revival of the stage version in 1980.  In 1982, a live performance was captured on tape at the Winter Garden Theater in Manhattan, which is how we come to this DVD and a rare opportunity to revisit this lovely musical. The story of Camelot and the Knights of the Round Table is well known, based on British legend that is most likely one part rough reality, one part pure fantasy.  In this version of the story, we meet Arthur when he is a young king, unsuited to the job and needling at being married to a woman that he has never met, a princess named Guenevere.  His faithful teacher is Merlin, a wizard who is living backward in time, a wise man who knows all the answers, but might not know exactly when to share them.  Merlin is taken from Arthur just when he is needed most, when Arthur meets and falls in love with his destined bride.

Guenevere is afraid of missing out on her maidenhood, a time of fancy and fun that she will never know, being married to the greatest king in all the land instead.  But when she meets a young man whose identity she doesn’t at first know, she falls in love, and realizes that her dreams are about to come true.  She marries Arthur and the pair create a home in Camelot, a place of wonder and glory where love fills the halls.  Arthur’s vision of a peaceful England where knights fight for right, not for might, is becoming a reality, especially with the addition of the noble Lancelot, a man whose deeds are too amazing to be believed, and unfortunately too attractive to be denied. Lerner & Loewe were coming off of an enormous success in My Fair Lady when they launched Camelot, so the pressure was on and the expectations were high.  Their followup wasn’t as big a smash as their previous hit, nor was the film version as beloved, but for my money I’d choose Arthur Pendragon over Eliza Doolittle any day.  So would John F. Kennedy; he was a huge fan of the musical, it was his favorite album, and to this day we refer to his presidency as Camelot, in part because of the ideals he stood for, but also because this show was like a background soundtrack for his life.

Watching this version is a very unique experience, because we are essentially audience members for a live performance, a chance like that, to go back in time, to me that can’t be oversold.  It’s a sketchy recording for sure, you won’t expect more, but that just helps lend an air of authenticity to the whole thing.  It’s just a pretty show, with such nice music; you wouldn’t call it perfect or a masterpiece, it’s too simple for that, the songs are too easy to sing.  Richard Harris isn’t actually a strong singer at all, but he doesn’t really need to be, and I’m not sure why more community theatres don’t do this play; perhaps it’s a rights issue.  But you should enjoy this treat at least once in your life; it’s full of iconic music and wonderful costumes, a tragic drama to rival Shakespeare but with a comfortable quality that makes it seem almost home made. Video – With an aspect ratio of 1.33:1, originally airing on HBO, and then released on tape, the video quality of this DVD is exactly as awful as you’d imagine, but that’s absolutely no one’s fault.  It’s a live recording of a play in the 80s; you’ll understand when the picture is terrible and you have to constantly rub your eyes, look away, and remind yourself that real life doesn’t look this fuzzy.

Audio – The disc was done in English, but there are no sound options or subtitles.  The audio is poor, of course, but without the echoing you might expect, and not too bad if you put it in context.  The music of the show is a major highlight, so enjoy that, just don’t expect clear, crisp sound.

Extras – In the main menu, the film can be played all at once or parceled out into three acts.  Also, there is an Image Gallery that takes 2 minutes to cycle through.  That’s it for the special features. Highly Recommended.  A strong recommendation for this feature will have to come with some asterisks, out of necessity.  One would be that you have to accept thatis a recording of a play; it feels very different from an actual film.  The other would be that you have to love live theatre, especially musicals that aren’t Les Mis or Phantom, but are instead something much sweeter and easier to consume.  This movie is a good representation of the production, so go in with an open mind, pretending that you’re being transported back in time, and you’ll be alright.  The video is bad, obviously, the sound isn’t much better, there aren’t any real bonus features, so don’t count on any technical marvels.  Enjoy Camelot for what it is, have the songs stuck in your head for days, don’t be too hard on it, relive a night on the town that you may not even have been alive for.