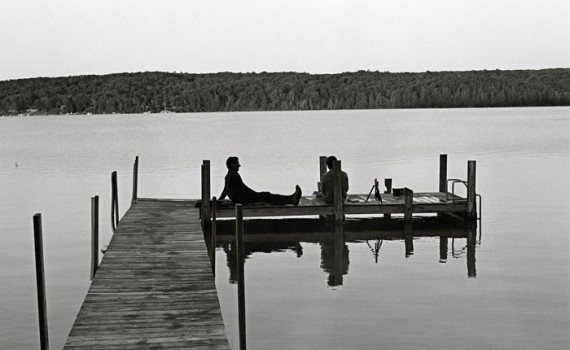 The night includes a variety of drunken party activities: skinny dipping, always a favorite, and whiskey slaps, something perhaps most of us have never tried.  Basically, you take a shot of whiskey and someone slaps you.  Might not sound like much fun now, but maybe it’s more exciting when you’re drunk.  But after all the fun, after the drinking and the reconnecting, the hookups and the mistakes, dawn breaks on a new day in which life must go on.  The friends realize, after a night back in the place where they grew up, that they aren’t really that grown up after all, that the past hasn’t been left very far behind, and that it’s so easy to slip back in time to become the people you once were.  For Daniel, decisions will be made that will affect his path and the people he will share his journey with will be be chosen.  It’s a night to remember, an important reunion, and the springboard for the future. And ‘ensemble’ is the right work to use frequently when talking about this movie, because nothing would have been accomplished without a solid cast that made us believe that they’ve been friends for years.  They all played off each other so well, felt connected, were comfortable with each other, and made the film a believable portrayal of real life.  Eggold, Bennett, & Lower all did great with their roles, but the other friends were just as strong in smaller roles.  Will Brill & Erin Drake, the couple who perhaps came off as a bit awkward and hard to imagine together, but still honestly delivered a story of two people going through a bit of a down time.  Jessy Hodges as the wild Charley was fun, playful, slightly depressing, but one of those characters that remind everyone of someone in their own life.  And Brett Dalton, the actor, was a solid piece of the puzzle.  Every actor had to be a believable part of the greater story in order to make Beside Still Waters work, and they were. Video – With an aspect ratio of 16:9 Widescreen, the video quality won’t blow you away.  The film was shot using an Arriflex 16 SR3 camera with Zeiss Super Speed Lenses and delivers a quality that is good enough, but not impressive.  The picture is fine, slightly grainy, with a nod to a few generations back and without a desire to bring perfectly clear images to the screen.  The visuals are the background of the story, but not the important part of the film.

Audio – The disc was done in Dolby Digital 5.1 Surround, with an option for 2.0 Stereo.  There are no language, subtitle, or audio choices beyond that.  The sound quality, like the video, is fine but not great.  So much emphasis was put on dialogue, emotion, and the moment, that the technical aspects were put on the back burner for the majority of the film.

Extras – There are a few special features on the DVD if you’re looking for more.  An eleven-minute long Behind The Scenes segment gives us some insight into the making the film and the honest fun that the cast & crew must have shared during filming.  Two deleted scenes can be watched: Extended Hammock features Charley & James reconnecting, while Pirates of Penzance is the friends around the dinner table.  An alternate ending is available, with or without commentary.  And the entire film can be watched with commentary as well. Recommended.  I would never call Beside Still Waters a ripoff, but it does rely heavily on our love for the Big Chill style of drama.  Friends joining together, nostalgia a thick fog surrounding the action, a feel of the future right ahead; it’s a theme we’ve seen compiled before and done very well, but that doesn’t mean if can’t be done well one more time.  Audiences seem to enjoy this movie more than critics, but I’ll side with audiences on this one, as I couldn’t stop myself from enjoying a story that reminded me of my own friends and the good times that I still remember with such vivid clarity.  The video is OK, the audio is fine, there are a few extras, but if you end up loving this film it will be because you felt connected to the characters as if they were your own past come to life.  It’s worth a shot in the dark if you’re not sure; it just might break your heart.