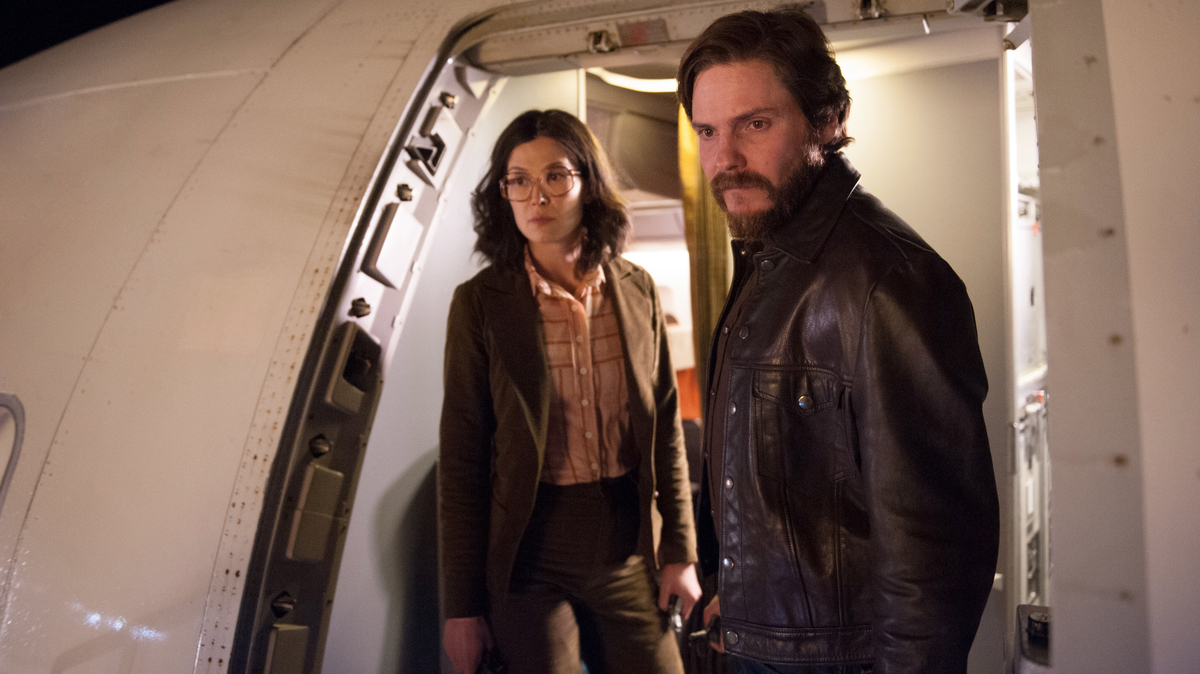 7 Days in Entebbe is the poor man’s Argo; a 70s hostage crisis overseas that we already know the ending to but are curious to see play out anyway, only this time there’s no Ben Affleck to get people into the theatre.  This copy of that success has its own problems and its own strengths, its own method of delivering the story that we can read about on Wikipedia but choose not to.  I think, because Argo won Best Picture and its cast was star-studded, we hold it up on a pedestal, but 7 Days in Entebbe is almost as good, if not nearly as publicized, with a plot that’s hard not to become sucked into.  This film does choose a quieter, more character-driven and introspective direction, but that’s not to its discredit, and its under-performance since its release in March is not entirely warranted. Since the acknowledgment of the Israeli state around the globe, the people of Palestine have become disenfranchised from their own home, the anger at which has resulted in terrorist organizations forming throughout the world.  Paramilitants and freedom fighters from a variety of ethnic and political backgrounds joined together to help the cause of Palestine, shouting to have their voices heard, killing to get their point across.  Wilfried Bose and Brigitte Kuhlmann are radical German socialists who want to throw a grenade into the greater, capitalist consciousness, to wake people up to injustices across the planet.  If they have to do that with fear, so be it, with violence even; they and their allies have committed to seeing this twisted form of freedom through to the end, no matter what.

The latest plan to get Western attention directed to the battles in the Middle East is to hijack a Paris plane bound for Tel Aviv.  The plane will then be flown to Uganda where Idi Amin has given his blessing to a hostage situation.  If Israel will release its political prisoners, the hijackers will release the Jews they have kidnapped.  If not, they will be killed two at a time, starting with the children.  The German radicals and their friends believe that they will back the Israeli government into a corner from which they cannot escape, while at the same time the Israeli government prepares to hold to its stance of never negotiating with terrorists.  For the prisoners, this will be the longest week of their lives, as they wait out the struggle between a nation and a small force that wants the system that created nations to crumble. I liked Argo as much as the next guy, but it didn’t blow me away, and I definitely don’t think it was Best Picture caliber; honestly it wasn’t a very strong year, with a lot of “quiet good” but not of ton of “amazing”, at least in the group of films that dominated the conversation.  This is a hard plot to make work flawlessly; it’s dated, it’s already known, it’s inherently melodramatic, and I wouldn’t touch the genre in general if I were a director.  To tackle a similar story like 7 Days in Entebbe, even years after it was done well, is a pretty bold move, because it’s hard enough already even before they start in on you with the comparisons.  But somehow this film worked, or at least I think so, which differs from the opinion of most.  It doesn’t get very high ratings or great reviews, but this real life drama is flying under the radar where it doesn’t belong.

Entebbe isn’t heart-pounding, and that’s its biggest critique.  Those who know the style wanted big escape scenes, edge-of-your-seat close calls, really focused tension when shit is about to hit the fan.  In that way, this movie went the opposite direction, but I somehow still felt myself being drawn in to the tale.  Instead of the intensity of the situation, we get very specific looks at the people involved; I guess you could say that this is a character study.  The action is mostly quiet, the emphasis is on the participants; their backstories, their lives, their fears.  There is some buildup, but mostly we know how it’s going to end, the point of the story becomes learning about why this was done and what it can teach us going forward.  Bruhl and Pike are a good team of villains; just a touch of humanity and sadness, without making terrorists look like heroes.  Schnetzer and Marsan were good on the periphery; adding depth to the tale and an outside perspective.  The direction was clean, and perhaps the element I enjoyed most was the dance.  There was an interpretive dance featured throughout with a minor character as one of the dancers, and it was very moving, flowing nicely with the plot to really make a strong point.  I simply liked Entebbe more than most, for the quality of its acting, the intricacies of its story, and the execution of its moral. Video – With an aspect ratio of 2.40:1 (1080p HD Widescreen), the video quality of the Blu-ray disc is very strong.  It boasts solid visuals but also an authentic feel, with some archival footage and a really strong reenactment overall.  Authenticity was important to the film, and it showed, it was like seeing history; brutal, complicated, not clean, not stunning, sometimes depressing, sometimes hard to watch.

Audio – The disc was done in English DTS-HD Master Audio 5.1, with an option of English Descriptive Video Service.  Subtitles are available in English SDH, Spanish, and French.  Button sounds can be turned on or off.  The audio was serviceable, not spectacular, without memorable moments to hold onto after the credits roll.  There was a nice balance of sound as it weaved through the dialogue, but nothing stellar was ever needed for the action. Highly Recommended.  7 Days in Entebbe has been disparagingly called a slow, listless thriller with no speed or surprise, but I think that’s exactly why I liked it.  It took the regular, true life, historic thrill ride recipe and took away the energy, but somehow in a good way.  The story became about the people, not the context, and definitely not about the action.  We saw the crisis through the eyes of the humans who were really there, and that’s a powerful thing.  We also saw how little things have changed in 40 years, but that’s a topic for another time.  That’s another plus about this movie; it opens topics up for conversation, even uncomfortable ones, and that’s never a bad thing.  I think the director and the writer stopped just short of making the terrorists relatable and pushing us to feel empathic for them, for which I’m thankful, because I think that would have been going too far, but at least they were able to sculpt real villains, instead of complete shells.  The video quality is high, the audio quality a touch lower, and the extras falling somehow in middle range, so don’t expect too much from the technical aspects, just appreciate what you can get.  And don’t let this film completely pass you by; it’s worth more than that.