Book Review – To Kill a Mockingbird 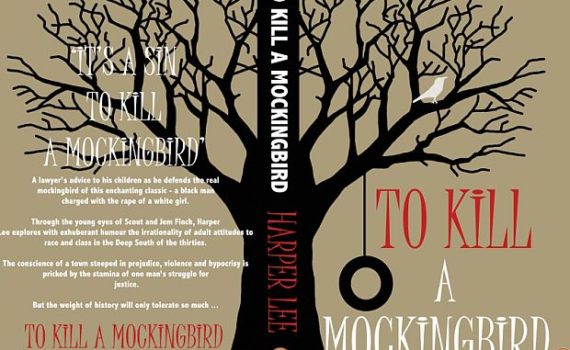 Book Review – To Kill a Mockingbird

This summer, as a companion to walking our puppy, my daughter & I decided to read a book while we trotted around the neighborhood.  She’s older than my son, so I wanted it to be something a little more mature, something she would like but perhaps he wasn’t ready for, something I could explain when it got heavy, and To Kill A Mockingbird was the perfect choice.  It’s a timeless story than not only transports the reader to a geographic area & a historic period, but also pushes us to answer some awful questions & face some ugly truths.  As relevant today as it was in the 60s when it was published or in the 30s when it was set, it’s a tale of community & of color, of one girl’s growing up, and of an entire nation’s radioactive racism.

Scout & Jem Finch live with their father in Maycomb, Alabama during the Great Depression.  He is a lawyer, they are school children, they love their tiny town, and they age among its simple folks, its old traditions, and its hidden hates.  The Finch children, along with a new friend named Dill, dream of spotting a reclusive neighbor called Boo Radley, and attempt to get him to come out of his house, all while the real world revolves around them.  Their father, Atticus, takes on a very important case, defending a black man accused by a white man of raping his daughter.  The case becomes a microcosm of the racial injustices of the South, and the inherent evil that lies under the mild- & well-mannered country folk who either know not what they do or simply do not care.

What a great read and a great opportunity to talk about these themes with my daughter, to read aloud to her a wonderful piece of fiction but one that also has so much real to say.  Growing up with Scout is a one-of-a-kind experience, but seeing the South through her eyes is special too, and hearing her father’s words is a blessing, learning that to kill a mockingbird is the greatest sin, because destroying something weaker than yourself, something that only wants to be loved, is a terrible crime.  That idea ties in with Boo Radley perfectly, and is rounded out by Atticus’ case, all the story arcs coming together to form one beautiful mosaic.  My daughter absolutely loved the book, I adored it all over again, and can’t wait to revisit it when my son gets a little older.