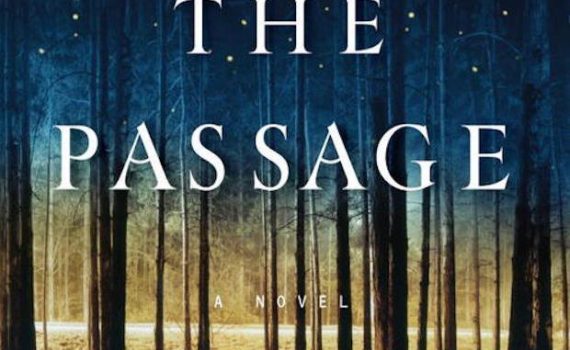 Dystopian sci-fi is so awesome that there are times when even a bad version of the tale we’ve come to love so much can dazzle us into thinking that it’s something good, can trick us into falling for a classic theme even if it’s written this time with no talent whatsoever.  Unfortunately, I think that’s the case with the first book of Justin Cronin’s Armageddon trilogy, The Passage, which takes all the elements readers want, delivers them to us on a silver platter, and fools us into not actually tasting what we hurriedly wolf down.  It’s only when you take your time to read that you begin to notice the imperfections and the lack of precise talent, reasons enough to not rate this novel highly, but perhaps not reason enough to stay away altogether.

After stumbling upon a strain of virus that changes its human host into something frighteningly different, the US government begins a secret program to perfect the disease, to force it to be beneficial instead of deadly.  Well, beneficial to the military at least, since the virus seems to create powerful beings who have left most of their humanity behind.  Tests begin on prisoners, but eventually a specific, clean specimen is needed, and that’s where Amy fits in.  This young girl has been highlighted as a candidate for the virus, and once she’s infected, the mission looks to be on its way to success.  But containment is a dream, disaster is a reality, and generations later mankind will still be living with the catastrophic choices of a few, as isolated societies struggle to survive an outbreak so violent that it almost wiped life from the face of the planet.

I was drawn in by the concept, which is part The Stand, part World War Z, part I Am Legend, all post-apocalyptic, and pretty freakin’ cool.  You won’t be disappointed by the set up or by the crafting of the world the characters find themselves in; there are more than enough details.  Honestly, there are probably too many, which is one major problem I had with the book.  Cronin takes a hundred pages to tell the origin story, then a hundred pages to introduce us to the future, then a hundred pages to tell us why the characters do what they do, and then hundreds more relating their adventures.  But he spends too much time on information we don’t need and not enough on the actual meat of the plot, skimming over the action because he simply doesn’t know how to relate it, he’d rather type out dialogue because that, at least, he knows how to work.  It’s obvious to me that Cronin isn’t as good as his idea, that the concept deserves more talent to bring it to life, that the only way to to fully enjoy this novel is to read it as fast of possible and hope you don’t notice the ingredients that have turned.