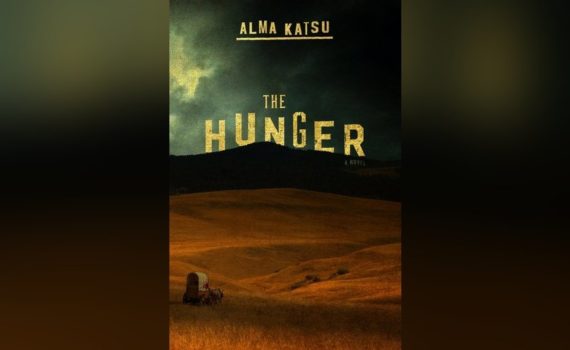 Historical fiction is a fun genre, so when I saw a recommendation in the genre at my local library that looked interesting I thought I’d give it a try.  The author has only written three other novels, a trilogy, so reading her latest is taking a big chance, but as a history buff I was willing to take a shot.  She turned the Donner Party into horror fiction and that’s pretty cool, but unfortunately her writing talent wasn’t up to par with her idea.  Filled with letters and dates and true life events, the book was still unable to rise above its fabricated pieces and conversations, creating a muddle of mismanaged ideas that are in no way worth your time.

Setting out later than most wagon trains, the Donners and many other families joined together to take the long road West toward California and a new life.  Starting out at the traditional spot of Independence, Missouri, bad luck seemed to dog them all the way, included squabbles and deaths and jealousies and affairs.  A dark presence hovered over the whole affair, and it only got worse as the party decided to take an alternate route across the mountains at the spine of the country, instead of the typical longer way.  Trapped in the upper passes and starting to get hungry, and with legends all around telling of hungry spirits preying upon the weak of heart, order started to collapse, and the rest is history.

This is a stellar idea, taking a real event that we know so little about and fleshing out the details with fiction, especially horror, which works perfectly in this situation.  Is it evil or just mankind, is it nature or an otherwordly force, these are the questions that haunt the wagon train and the reader alike, which I give two thumbs up.  But the rest was crap, I hate to inform you.  The idea might have been strong, but the execution was absolutely terrible, with no sense of what audiences want to experience, or how good stories are told.  The dialogue was stilted, the characters too many, there was no cohesion, plotlines went everywhere, and although we kept returning to real history, which was fine, it felt like two separate tracks heading for a merger at which we’d just crash and burn.