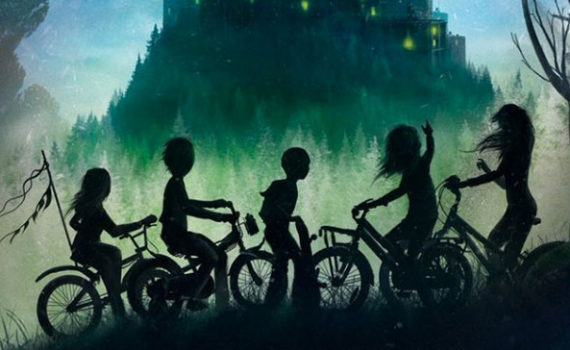 My daughter read this novel and then recommended it to me, knowing that I love science fiction and also really enjoy dystopia.  This was one of her first real tastes of the genre, at least this large of an in-depth story about a world gone wrong and the questionable choices made to “fix” it.  I think she’s well on her way to being a sci-fi nerd too, and I’m very proud of that, but she definitely needs more experience with this style before completely judging the genre.  The Firefly Code is a good introduction to the concept, but isn’t ultimately very well written.  Standing alone, I can enjoy it for its amateur attempt at making a point, but compared to anything better it quickly falls flat and reveals that it was barely ever standing.

Mori lives in Old Harmonie, a community run by a giant corporation that takes care of its employees while the rest of the world staggers under the weight of disease, famine, and war.  On Firefly Lane, these problems seem worlds away, as they don’t reach past the fences of the utopia that has been built around the research that’s paving the way towards the future.  But when a new kid moves into the neighborhood, the delicate balance is threatened, once Mori and her friends realize that there is something decidedly different about this girl and the way her mind works.  In a bubble of new technology and genetic enhancements, you don’t have to worry about tomorrow, until it hits you with a force you were not prepared for.

I think you would call this level Middle Grade, which is a step down in age from Young Adult.  Maybe Hunger Games is Young Adult while Firefly Code is Middle Grade, I’m not sure, but that sounds about right, and it feels right as well, as this story never reads as adult or even teenager-y as some others.  Perhaps that’s why I didn’t love it; it was never made for me, and I need a little more from my dystopia than this novel had to offer.  Still, it’s the right level for a younger audience, and works as a solid introduction, but I wouldn’t recommend it quickly, nor would I say that it compares in the least to the classics of this genre, like The Giver or The White Mountains.  The writing was very juvenile, which is fine, but it was also amateur, which isn’t, Blakemore’s dialogue coming across as forced and plodding and without talent; maybe she’s a better conceptualizer than a presenter.  Regardless, her book worked, but barely, and it should only be used as a step in the right direction.