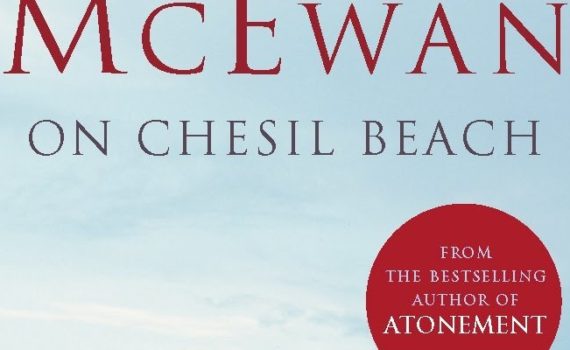 I picked up On Chesil Beach because the film version was coming out, and because I have read Atonement multiple times, a modern classic by McEwan that transports and stuns.  I didn’t figure Chesil Beach to be as strong as Atonement, and it wasn’t; that particular success was one in a million.  But this English writer has unmistakable talent, and an eye for dropping audiences into a situation that we wish we could fix, to stop the inevitable disaster that is about to occur.  He has a knack for putting us on the spot and making us feel helpless, while his characters spin out of control in a way that’s all too human.  That’s the basis of this story as well; men and women doing the one thing that should come most naturally to them, but losing their grip on the reins.

Florence and Edward have just been married; a young English couple of the 1960s who abide by the rules and expectations of that society, and are thereby  both terrified by sex.  On their honeymoon, alone together at last, they reflect on the steps that brought them to this point, and on a love for each other that can’t be denied, but may not have been thought through terribly thoroughly.  Florence has an aversion to anything sexual, and has never been comfortable with Edward when he awkwardly attempts any such thing.  Edward has been abstaining from self pleasure in order to fully enjoy this important moment, a decision that is bound to have disastrous consequences.  Neither can communicate their fears and desires to each other, being too proper for such a conversation, and so their fledgling marriage may not last the night.

The first thing I noticed about the book was the margins, and that was also the first warning sign.  The margins around the paragraphs were enormous, like the words were poetry set in the exact middle instead of a real narrative of a real story.  The book was short anyway, the type was large; the margins being so huge only told the reader that there wasn’t enough written to fill the page, or to warrant being called a novel.  It’s much more a novella, and I wish I had read it as such, as a part of a collection, or that the author had chosen a path.  Either flesh it out because it can support that or pare it down because it can’t; McEwan did the story a disservice by leaving it in the middle.  So it read strangely, without a real flow or cadence, and that was a big problem.  The end came suddenly and the summary of the characters lives after felt like it was thrown in; I think the book would have been stronger had it been chopped in half.  The first section was solid, I hope that is what’s turned into a movie, because that I want to see; the rest I could do without.