Book Review – Nothing to See Here 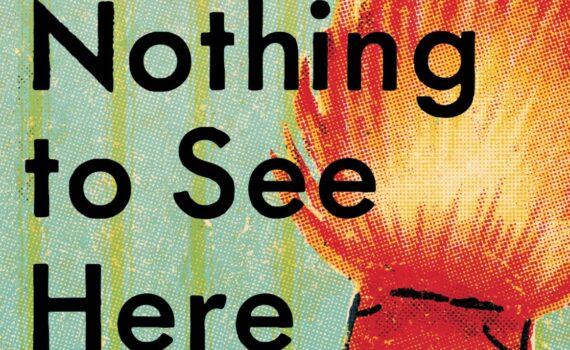 Book Review – Nothing to See Here

I don’t read much modern fiction (except Stephen King), but my wife made* me read Nothing to See Here, and I guess I don’t hold it against her.  It is an interesting book with something to say, but, unfortunately, that takes up about two chapters and the rest is just filler.  Nothing new under the sun, right?  It’s all been done before, so even if you think of something slightly new, a point to make that hasn’t been brought up before or in a while, that’ll only take you so far before you run into well-trod paths and forget what it is you were trying to say.

A young girl, whose life has gotten completely off track, hears from an old school friend about a job opportunity and thinks, why the hell not.  The pair were roommates together at a prep school, but went their separate ways when one took the fall for the other in an expulsion incident, which tore them completely asunder.  Now, when help is needed, they are pulled back together, but for a very strange reason; someone discrete has to watch a future-President’s kids because they are very different and may cause problems.   Well, specifically, they catch on fire when they get upset, and that’s not good for anyone.

It’s a unique premise with a simple explanation, and the characters in the book treat it as moderately normal, which only helps solidify the metaphor of the unwanted, the troublesome, the different, the difficult, and the untimely.  The point is made early and the main character is extremely likeable because she is so flawed, and that’s where the book gets it right.  Where is gets it wrong is its lack of other ideas, especially for such a short novel; it should never feel inflated with the unnecessary.  Keep it simple, stupid, right?  A short story might have been better, a second path or point may have been needed, because Nothing to See Here is good, and it’s oft-read, but that doesn’t make it needed.