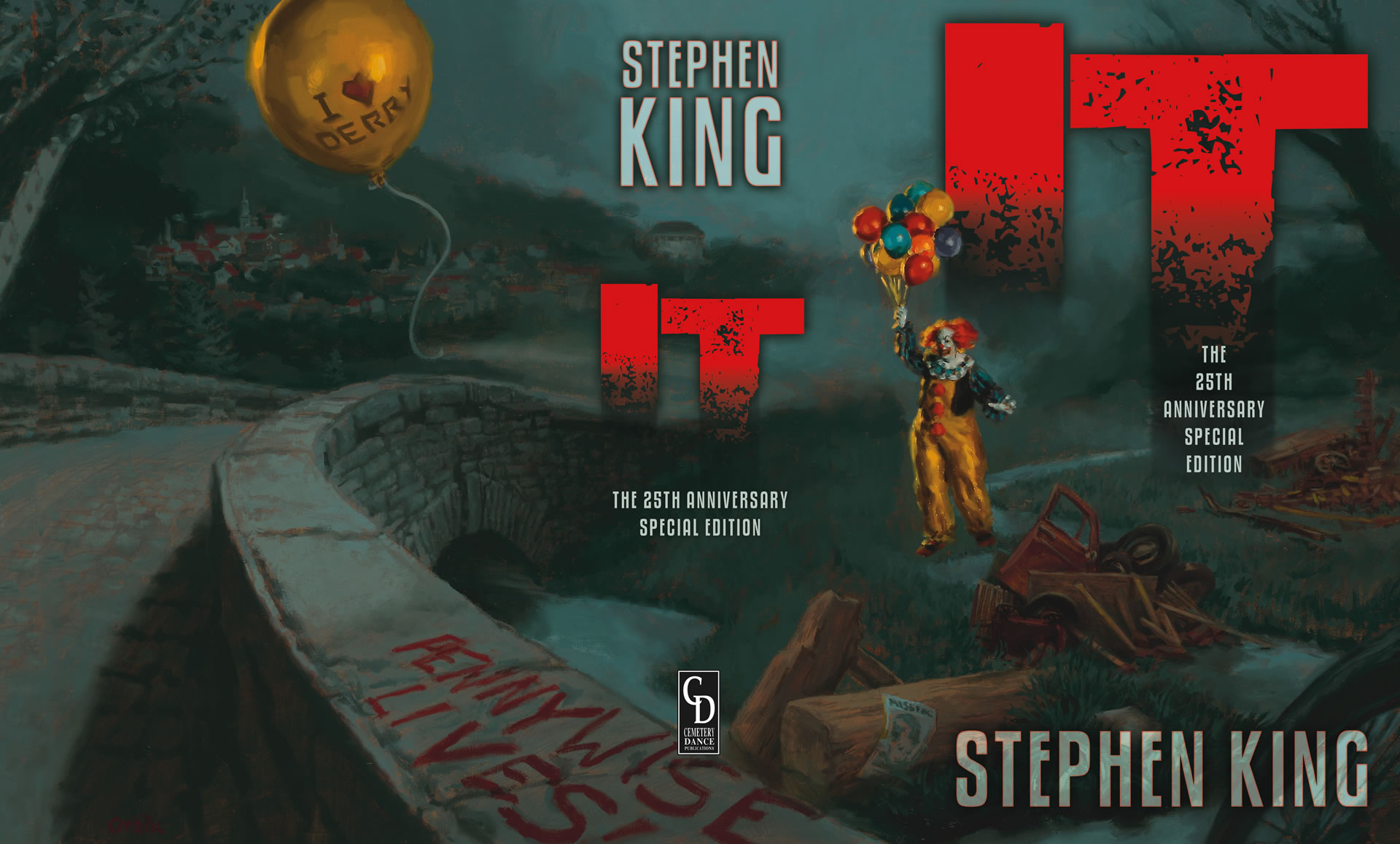 As you may know, Stephen King is my favorite author, and although I know that isn’t an extremely original choice, I’ll defend my love for his books to the last breath.  He’s so much more than a horror writer, his stories have a depth that is quite literally genius.  You can read them for the surface scares, or you can look for the meanings hidden within the characters.  And then you can also, if you read enough, connect the tales to one another until you enter a wonderful, frightening universe that is as magical as it is well-written.  When the movie version of this book was approaching, I knew I had to read it, since it was one of the very few of his that I had never sat down for.  It’s over 1000 pages, perhaps that’s why I shied away, but it’s also not that great, which is a good reason for you to do the same.

Derry, Maine, a town with more deaths than average and a spooky way of immediately forgetting those who die.  Every 27 years, give or take, an evil rises from the underground water systems to kill children and eat their bodies, minds, souls, and fears.  This power, It, feeds for a year, and then disappears back underground, only to repeat the cycle.  Adults don’t notice It, they forget the carnage, but kids can feel the darkness, and they know their town isn’t safe.  A group of seven children, the Losers Club, are determined to destroy It, who takes the form of a clown but who can also change to be whatever you are afraid of.  In a parallel story, the seven, who are now grown, begin to understand that they didn’t finish the job the first time, that they’ll have to go back to Derry together to rid the world of this sickness once and for all.

So much to discuss, so few ways to make it clear without putting the book in your hands and talking to you some months later.  It’s both actually long and feels very long, it took me a while to get through.  One reason is that nothing happens.  With the two stories occurring at the same time, it’s 800 pages in before the kids start understanding what to do and the adults start getting ready to repeat what they tried 27 years ago.  There’s much too much character development, which sounds like a stupid critique, but we don’t need chapters of every person’s exploits, both when they were young and when they’re grown, over and over and over, especially when none of them are really that exciting.  King goes long-winded, which is not like him, and it doesn’t work, as is does so well in The Stand.

The book does draw heavily from metaphors and allusions, which is great, letting the reader figure out for themselves what It is, what Derry represents, what each child fears, how adulthood and childhood are compared and contrasted.  It’s a well-written book, I won’t tell you it’s not, but it’s just not one that is worth the extreme effort.  I have to mention one more thing, which is the under-aged group sex scene.  It’s at the end, and I can understand why; I think some people would have put the book down were it to happen at the beginning.  It’s inappropriate, I don’t know why it’s a part of the story, six 11-year-olds having sex with one girl in the sewers can’t possibly be the only way to make whatever point King was trying to make, and I’m glad they decided to settle for a kiss in the movie.  The film takes the horror elements and leaves behind the deeper themes, so pick up the book if you’re curious, just know it isn’t King’s best work.