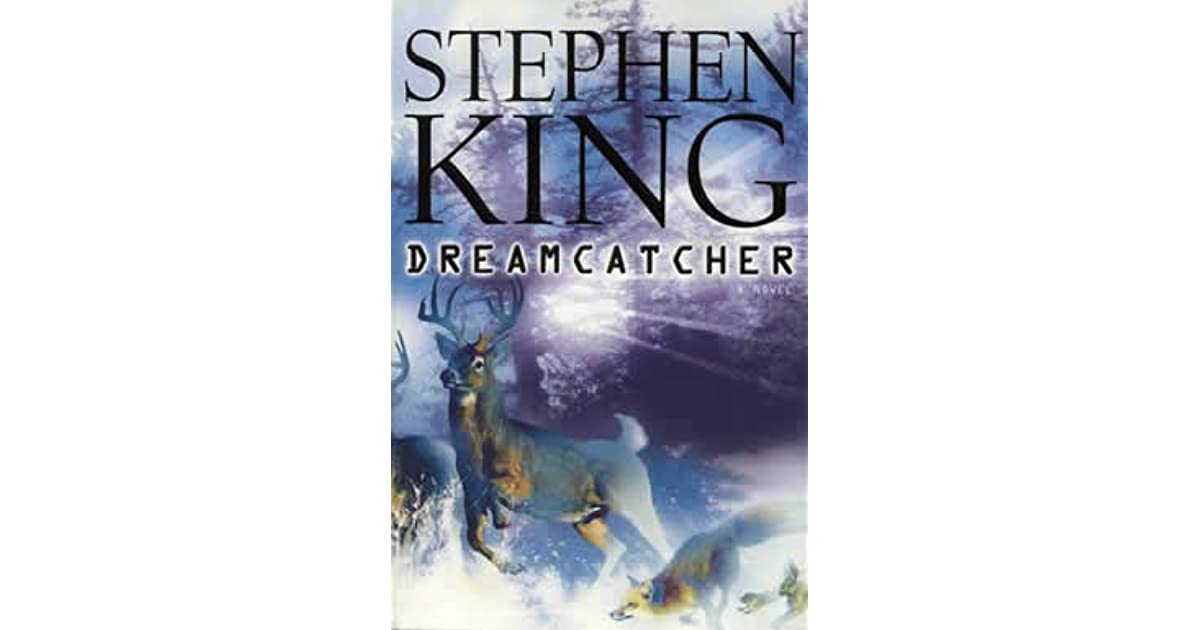 Dreamcatcher is known as a very bad movie version of a King work, which is not uncommon, but it’s also known as a bad King work period, and that’s not typical at all.  Hell, even King knows that it’s no good; he told Rolling Stone that he didn’t like this book very much and that he was doped up on Oxy when he wrote it.  This was right after his accident, he was going through a rough time, so he can be forgiven, and he was hyper-focused on Dark Tower stuff as well, so that can be excused.  Doesn’t stop Dreamcatcher from kinda sucking though.

Four friends head to their yearly trip to hunt in the woods, though this year is a little different because the aging men are all dealing with their own life troubles, all falling apart just a little without each other and without the childhood companion who bonded them stronger than they ever thought was possible.  That odd connection to a special boy back home will perhaps be all that keeps the world from ending, as something disastrous happens near the cabin and threatens the entire Earth; alien bacteria with mind-control powers.  That’s right, and that’s not an easy thing to beat, so our heroes better think fast, remember the magic they all share, and work hard, because we’re all counting on them.

This is a bizarre book with an even stranger style and a cast of kooky characters; it’s pretty obvious that King wasn’t writing up to his potential.  He was also really working his Dark Tower magnum opus, including penning novels connected to it on the side; someone probably made him release this book just for the money.  It’s not that it’s all bad; the flashbacks are interesting, one character having his mind taken over but fighting that hostile action from the inside was fascinating.  But the alien plot points were a little silly, King is never at his best when he deals with aliens, it’s just maybe not quite his forte and doesn’t fit quite perfectly into his genre.  This is one that isn’t extremely necessary and won’t delight many; even King has troubles, and thankfully he ended up kicking the habit and getting himself healthy, which is what really matters.