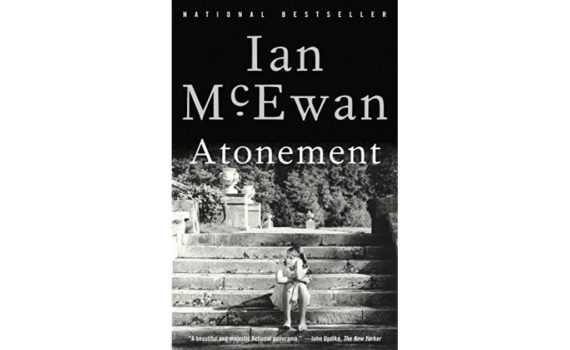 I committed the cardinal sin when it comes to Atonement; I saw the movie before reading the book.  But, in my defense, it was an Oscar-nominated movie, and I did go back and read the book after the fact.  This is actually my second time reading the novel; it was that good the first time around.  It’s one of those rare stories that was captured brilliantly by the film, most likely because it’s not too laden with action, relies heavily on the words, and so filmmakers don’t have to stuff it all into 90 minutes in the editing room.  It somehow works as wordy introspection in book-form and as quick simplicity in movie-form; maybe that just shows how great McEwan did with the writing, it doesn’t matter how you absorb this plot, it’s simply excellent it whatever form.

So part one is the introduction, but it’s about half the book, and contains most of the action.  Part two is focused on Robbie, part three is Briony grown a bit, and the postscript settles all accounts.  It’s a phenomenally written book, if a bit long-winded and British, if that makes sense, a sweeping melodrama about love and guilt and regret that isn’t exactly easy to read.  But it is beautiful to experience, there is so much more worth that work written here, so much to enjoy despite the melancholy.  Briony is a great character, Robbie allows us to see Dunkirk from an interesting angle, the end will make you weep bitterly when the author reveals the final truths of what happened that night in the country, and what has been ruined by it since.  Read with confidence, especially if you like this period, because you will feel transported there, even though the novel was written in modern times.  And check out the film as well, which is a strong representation of a stellar book.